We picked five plant-based items off the Viridis menu and took ’em for a test drive. Here’s what you can expect from Carson Street’s newest vegan cafe

I have a new favorite vegan restaurant in Pittsburgh.

And I only spent five minutes in the place.

I’m talking about Viridis, Southside’s new go-to spot for vegan eats, treats, and cafe delights, which is in the midst of a soft opening due to COVID-19.

Although Viridis’ menu is limited due to their soft opening, they don’t shy away from experimenting with their vegan eats and treats. From classics like chocolate chip cookies and glazed doughnuts to vegan lobster rolls and BLTs, Viridis will make you want things that your vegan heart never knew it could desire.

🍓🍓🍓🍓 Due to some short staffing, we will be closing just after Noon today. But to make up for this, we have Strawberry Doughnuts! Get those lunch preorders in, last pickup will be at noon today. (Thursday October 8th) 🍓🍓🍓🍓

How to Secure the Goods

Their online ordering is simple, straightforward, and the best way to secure the availability of whatever you’re craving. You’ll choose your goodies, select a pickup time, pay, and then head to Viridis at your scheduled time.

Viridis is located between 15th and 16th streets on East Carson, and you’ll instantly be greeted by their chummy street signs (on the day I was there it said, “Our coffee is an experience that chalk is unable to convey.”) and a bright and airy storefront.

Since Viridis opened amid the pandemic, their seating area inside is nonexistent; they have chairs stacked up against the walls, and the food counter is packed with pastries and baked goods that you can tack onto your order or pick up a la carte.

I gave them my name at the counter, they told me my order would be ready in a minute, and I was in and out in just about five minutes.

But what should you order from this new vegan staple?

Don’t forget you can preorder all your favorites for pickup and delivery on the site! Looking forward to seeing half of all your beautiful faces today! 🍓🌈

What to Order at Viridis

The entire Viridis menu is tempting, but I managed to keep my order to just five items:

It was a tough job trying all of these indulgent vegan goods, but I took one for the team (for you!) and ate and reviewed them all. 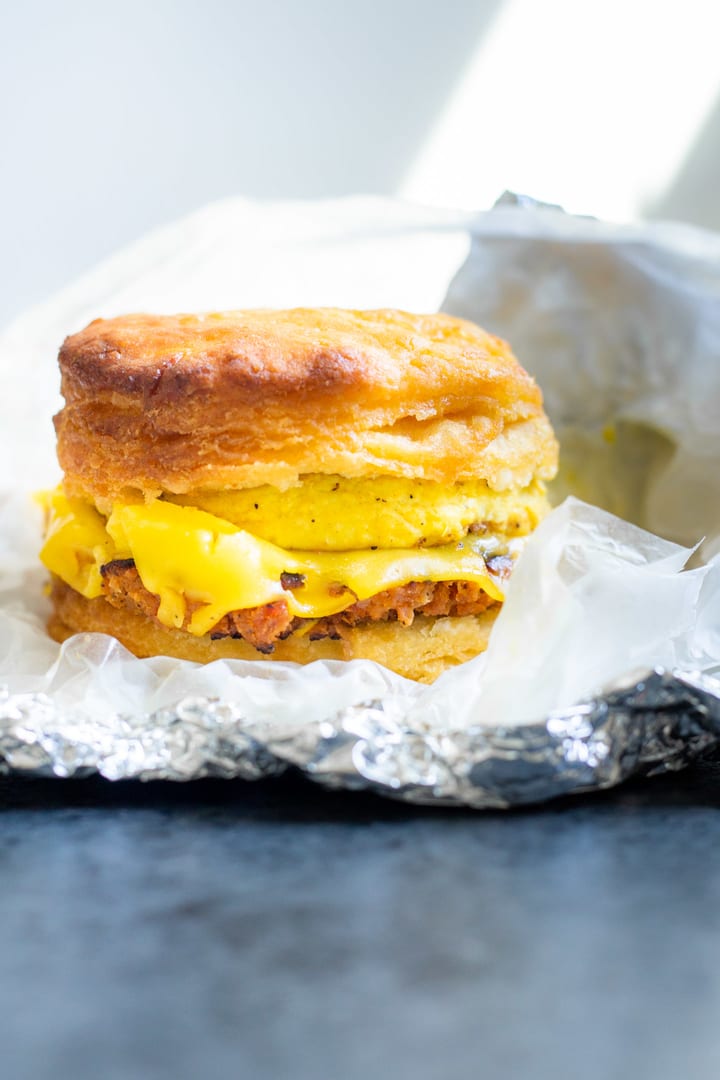 From what I’ve seen on Instagram, Viridis’ Breakfast Sandwich is one of their most popular menu items. Made with a flaky biscuit, TVP sausage, mature vegan cheddar, a tofu egg, and maple butter, so I’m sure you can understand why.

I devoured this breakfast sandwich. It reminded me so much of when my family would stop at a fast food restaurant for breakfast on our way to vacation each summer. I’d always order the sausage, egg, and cheese biscuit.

I thought my days of enjoying a breakfast biscuit sandwich like that were over when I went plant-based, but Viridis somehow made a perfectly hot, melty, crumbly, messy pile of carby love out of plants.

It was sweet, savory, and just the right amount of greasy; everything that a good (dare I say perfect?) breakfast sandwich should be. 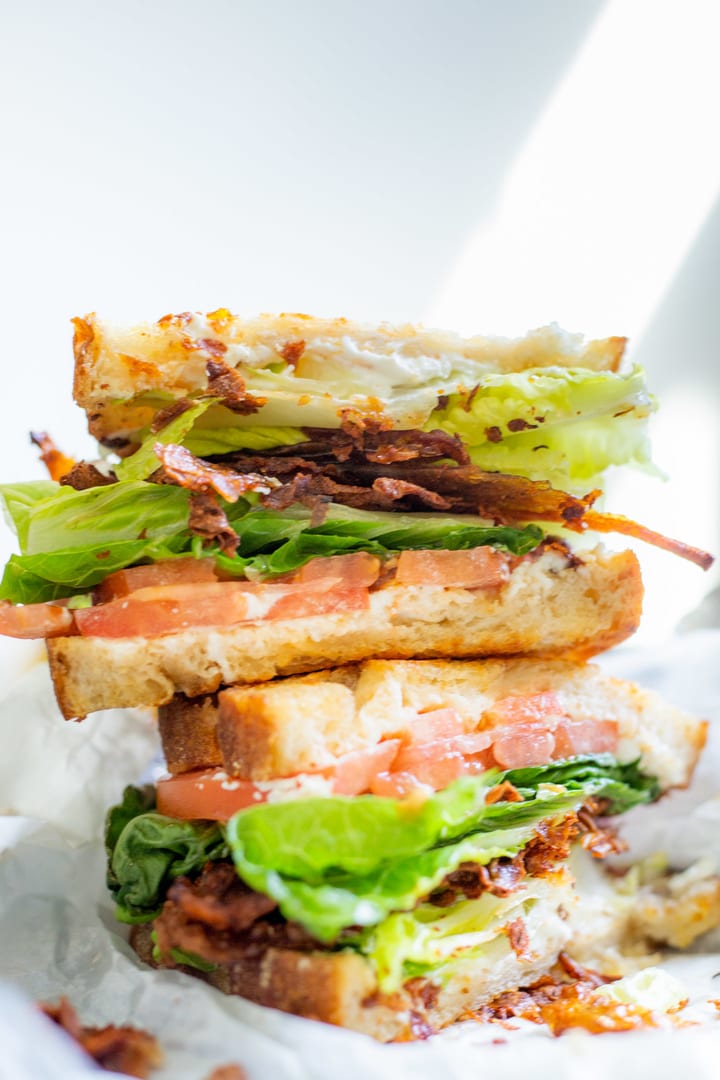 Time for another sandwich. BLTs were a favorite of mine growing up, and honestly probably one of the first foods I ever made for myself. One bite of Viridis’ vegan version took me back to those days as a kid, happily munching on my salty, crispy meal.

Toasty bread is a must for any BLT, and Viridis’ was just the right amount of golden and greasy. The rice paper bakun was crisp, savory, and smoky and paired well with the crisp lettuce, juicy tomato, and creamy vegan mayo. 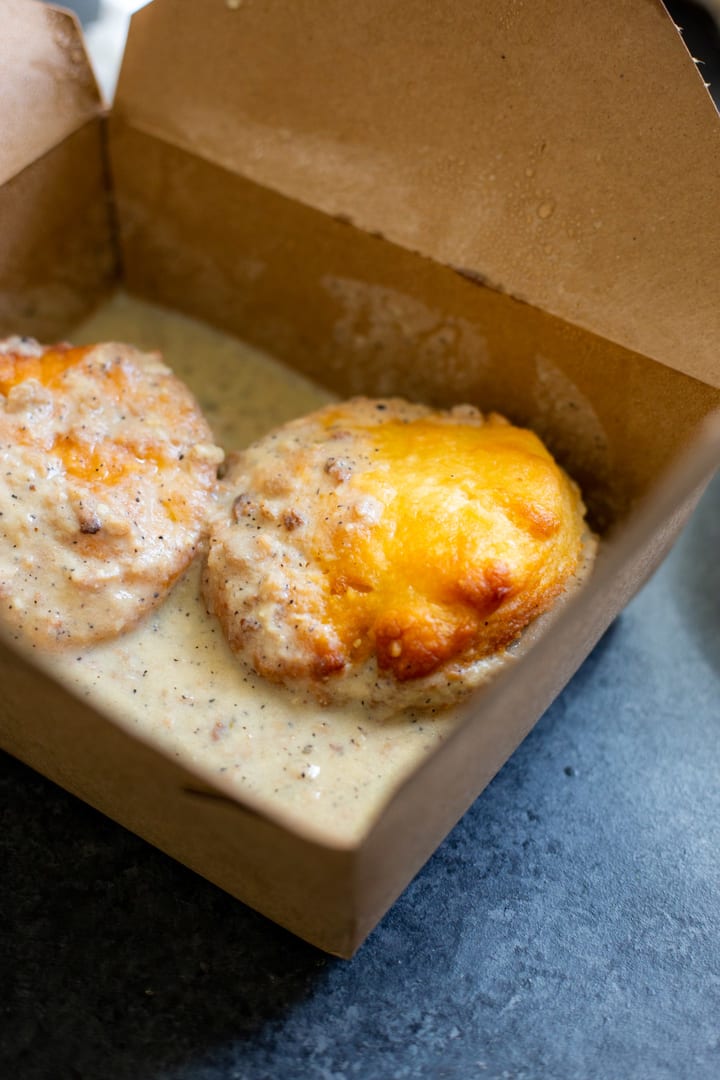 I know they have awesome biscuits (see the Breakfast Sandwich above), and I know they know their flavors; it just wasn’t for me. 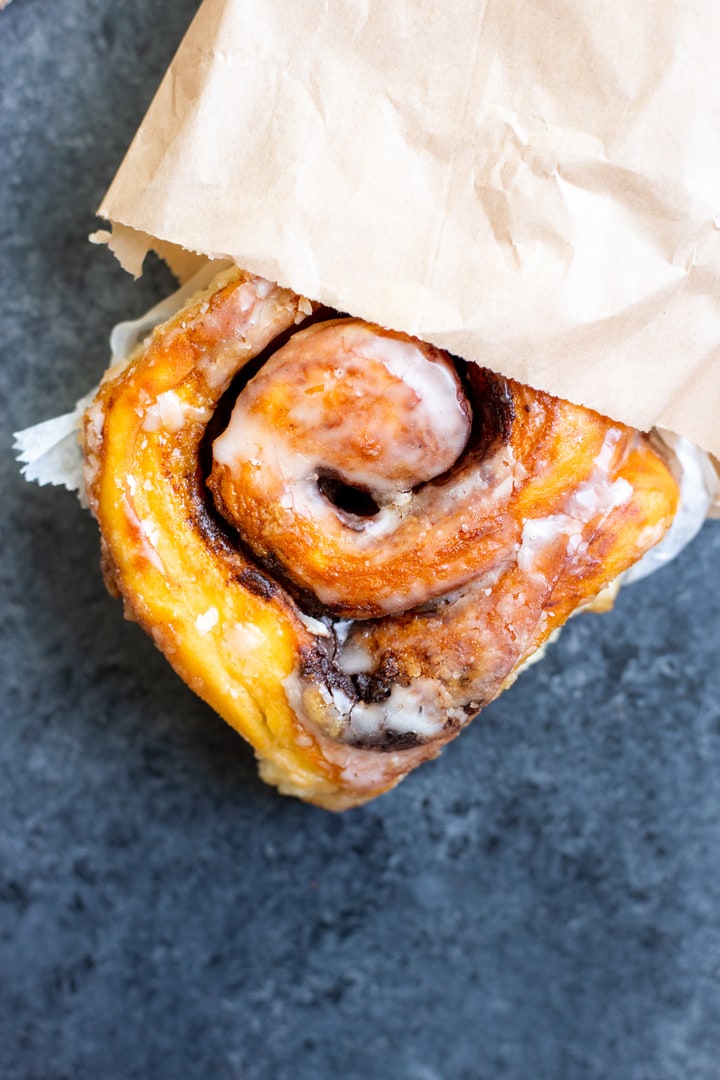 Viridis sells “day-old” versions of their pastries at a discount, and I love the idea. Less food waste, more sales –– I honestly hope more restaurants start having similar policies in the future!

It was a big, beautiful mess. The dough is so soft and tender; I’m honestly not sure how they did it without traditional milk, eggs, and butter. As a home baker and blogger, it’s honestly a little annoying that I don’t know how they created such a perfect vegan dough.

The filling and glaze were sweet (honestly almost a little too sweet for me, but my boyfriend/fellow taste-tester loved it).

Every time I go to Viridis in the future, I’m adding one of these to my order. 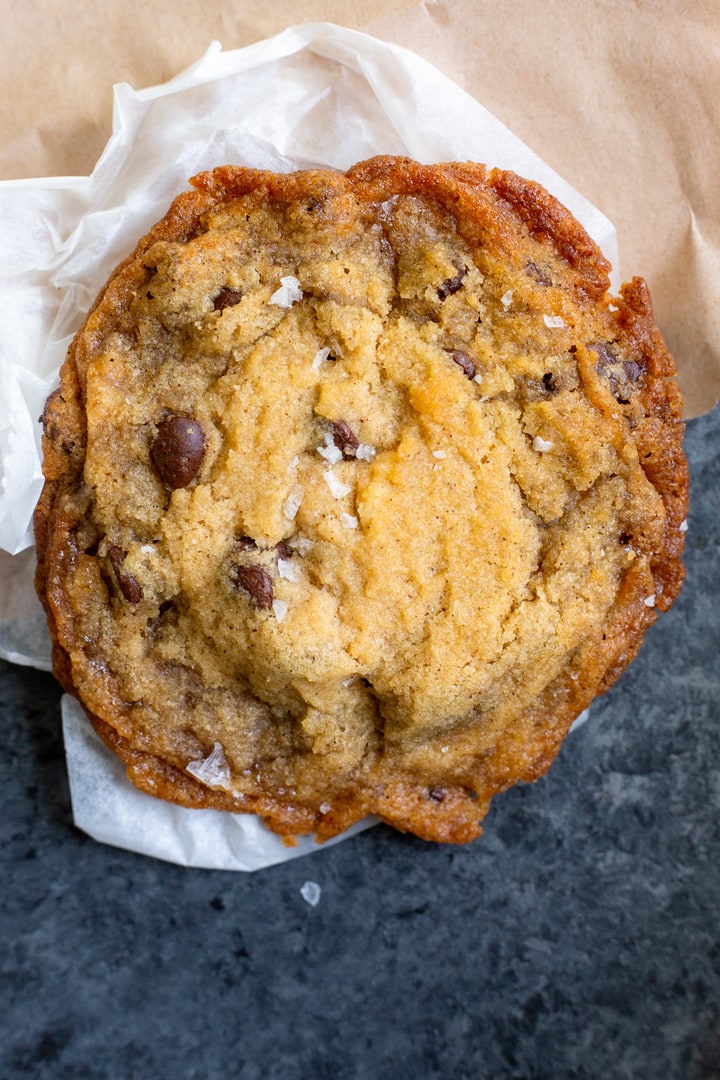 Viridis’ CCC was good. Soft and chewy in the middle, slightly crisp around the edges, and loaded with chocolate. Exactly how a cookie should be, in my opinion.

One thing that surprised me was how caramel-y the flavor was. I’m not sure if they add brown sugar to the mix or do something special with how they’re baked, but it added such a fun and unexpected depth of flavor to the cookie.

Know Before You Go: Viridis

Viridis isn’t for people who think that vegan food is made up of just sticks, leaves, and flavorless blocks of tofu. It’s not for people who avoid sugar, fats, and oils.

It doesn’t matter if you’re vegan, an omnivore, or something in-between, Viridis is for people who love to eat. Simple as that.

Hours: (Be sure to check the hours before you go)