Showcasing the American actress’ story through her style choices, The Frick’s latest exhibit is an approachable celebration of self-expression.

The Frick Pittsburgh is attracting new visitors of all ages with its line-up of fashion exhibitions. Their latest presentation, Katharine Hepburn: Dressed for Stage & Screen, brings Hepburn’s self-assured personality to life through her clothes.

If you’re unfamiliar with Hepburn – her acclaimed acting career, her iconic fashion sense – allow The Frick Pittsburgh to introduce you.

Their latest exhibition, Katharine Hepburn: Dressed for Stage & Screen, showcases the American actress’ story through her style choices. It is open through January 12, 2020, and it is just one of the fashion-inspired exhibitions The Frick has been curating for a fashion-thirsty Pittsburgh audience.

I had the honor of attending the preview of the new Katherine Hepburn exhibit at the @frickpgh this morning On loan from my alma mater’s (@kent.fashionschool) amazing museum @ksumuseum, this exhibit is not one to miss The raw edge gown (a finish I love forever) and shantung set are reason enough to go!!! #stylefouronetwo #style412

Hepburn was an award-winning actress, receiving 12 Best Actress nominations from the Motion Picture Academy. She won four awards, including for her leading role as Eva Lovelace in Morning Glory (1933), which was produced by Pittsburgh-born Pandro S. Berman.

On screen and off, Hepburn’s style was individualistic, chic and rebellious, much like her personality. She wore slacks and blue jeans when culture mandated women wear dresses and skirts. “I realized long ago that skirts are hopeless,” Hepburn said in the 1993 documentary All About Me by Turner Productions, “anytime I hear a man say he prefers a woman in a skirt, I say, ‘Try one. Try a skirt.’”

This sense-of-self attitude when it came to clothes earned her a Lifetime Achievement Award from the Council of Fashion Designers of America in 1985.

Opening Saturday, October 19th, The Frick Pittsburgh is presenting Katherine Hepburn: Dressed for Stage and Screen, a new exhibition from the Kent State University Museum. ⁠⠀ ⁠⠀ This dynamic exhibition features a range of costumes and fashions worn by the legendary actress in some of her best known roles.⁠⠀ ⁠⠀ Be among the first to experience the exhibition during a day long members-only preview at The Frick Art Museum tomorrow, Friday, October 18th. Head on over to tickets.thefrickpittsburgh.org for tickets and information. ⁠⠀ ⁠⠀ "Life is to be lived. If you have to support yourself, you had bloody well better find some way that is going to be interesting. And you don't do that by sitting around." KH

From Kent State University to Pittsburgh

“I think in a large sense, a reminder of the example Katharine Hepburn set for women – being self-assertive, unapologetic for who you are, embracing challenge and modernity. Those are all terrific lessons to be reminded of,” said Sarah Hall, Chief Curator and Director of Collections for The Frick Pittsburgh.

The exhibit, on loan from the Kent State University Museum, struck a strong chord with Hall.

“When they [Kent State University Museum] mentioned Katharine Hepburn, I knew it would have broad cultural resonance,” said Hall, “and I was also thinking of Helen Clay Frick – another strong individualist who lived most of the 20th century and embodied the change in women’s roles.”

Portrait of Helen Clay Frick, 1908. Photograph. Courtesy of The Frick Collection/Frick Art Reference Library Archives. Don't miss A Season of Celebrations at the Frick.⠀⠀⠀⠀⠀⠀⠀⠀⠀ This holiday season, Clayton’s tour reimagines the events of 1908, when Helen Clay Frick made her debut on December 16 (also her mother, Adelaide Howard Childs Frick’s birthday). Adding another facet to the customary holiday decorations at Clayton, the debut installation is derived from a wealth of archival information documenting Helen’s party, including photographs, newspaper descriptions, receipts, and Helen’s own scrapbook. Mural-like photo-enlargements will immerse visitors in the past while decorations evoking the splendor of the party will join the traditional poinsettias and greenery of the holiday season to offer a fresh perspective on the Frick family’s Christmas festivities in 1908. Schedule a holiday tour of Clayton today at TheFrickPittsburgh.org. #frickpgh #pittsburgh #pittsburghhistory #helenclayfrick #historicsite #historichomes #historichome #vintagephotograph #thefrickcollection #vintagehats #hat

This exhibition feels like a revolt against style norms and parallels the growing allure and commitment to fashion in Pittsburgh.

“Fashion has proven to be a popular subject among museum visitors,” said Greg Langel, Director of Marketing and Communications for The Frick, “As Suzy Menkes observed in The New York Times, the increase in museum exhibitions related to fashion is, ‘only a mirror image of what has happened to fashion itself this millennium. With the force of technology, instant images and global participation, fashion has developed from being a passion for a few to a fascination — and an entertainment — for everybody.’” 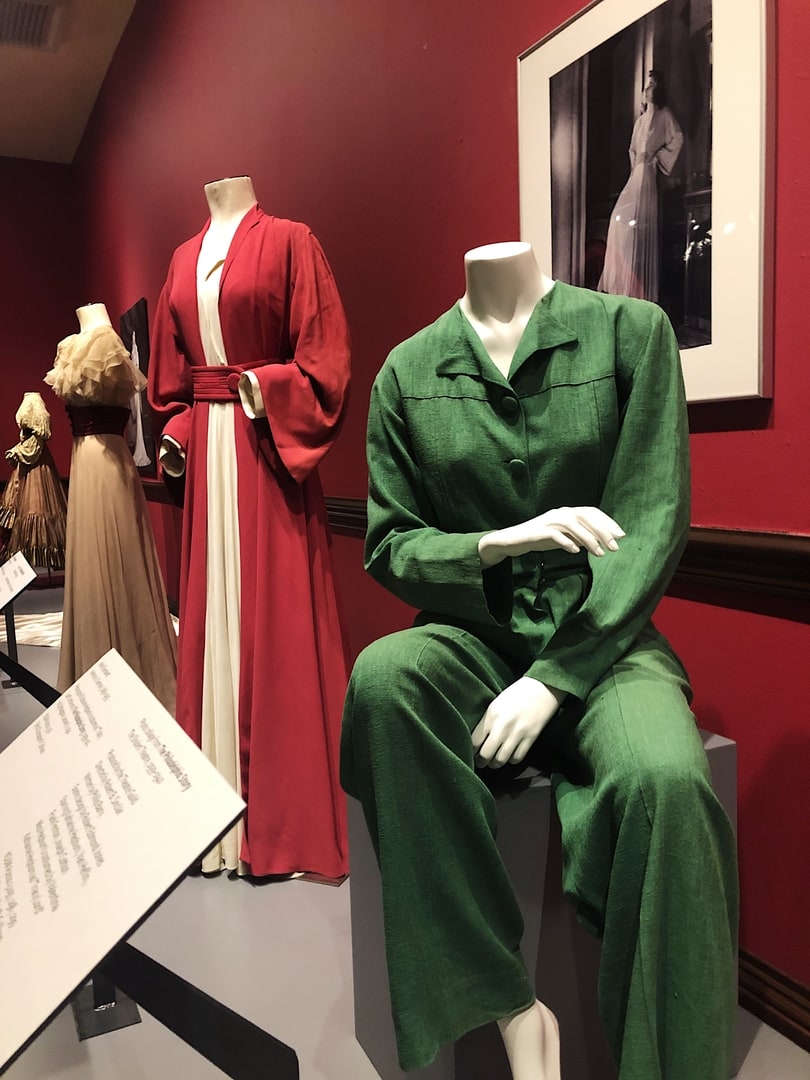 “I see lots of young people and lots of diversity in the galleries when we have fashion exhibitions,” said Hall. “It communicates cross-generationally, and I also think across economic boundaries. You may think of high fashion as being elitist – but I think that fashion as a form of self-expression is powerful and not limited to the wealthy.”

It’s not extraordinary, it’s everyday. Don’t be afraid of a little F word.

Style 412, the rising not-for-profit organization working to build a platform of resources for Fashion Industry Professionals in Pittsburgh, certainly agrees. They believe The F Word, fashion that is, is “for all.” Exhibits like Katharine Hepburn: Dressed for Stage & Screen gives fashion history the in-person spotlight it deserves while making it approachable.

“Many folks have discovered fashion due to social media and other digital platforms but being able to get up close and personal with historical garments and accessories cannot be matched on a screen,” said Style 412 in a statement.

That she chose to wear slacks instead of dresses and skirts in many of her publicity images, established her first as a fashion rebel, and then as an icon… “anytime I hear a man say he prefers a woman in a skirt, I say, ‘Try one. Try a skirt’” >> a woman after my own heart. Words & photo from Katherine Hepburn: Dressed for Stage & Screen at @frickpgh opening this Saturday 🖤 || #katherinehepburn #stickofbutter #frickpgh #style412 #pittsburgh

Those familiar with Hepburn’s significance will enjoy a walk down memory lane: Hepburn’s “signature look” of neutral, tailored slacks, intricate costumes from stage performances such as The Philadelphia Story (1938) and Coco (1969) as well as on-screen ensembles such as the silk evening gown from Stage Door (1937).

Those new to Hepburn will learn the power of her fashion influence. With the rise of vintage-inspired styling, this exhibit hits a timely note.

“We love that this exhibition allows younger generations to learn not just about what an important person Katharine was to Hollywood and the style community, but that many of her items could be worn today,” continued Style 412. “As we know fashion and trends tend to always circle back around, it’s just not very often that we get such a close glimpse of the first take.”

“I have always been extremely impressed with The Frick’s dedication to providing pivotal points of the fashion industry to the city of Pittsburgh,” said Nik M., fashion insider and curator of decade-old fashion blog dirtyflaws. She recently attended the exhibit with her wife, Gentry F.

“The Frick has done a remarkable job in showcasing years of beauty and elegance in this array of clothing worn by Katharine Hepburn,” said Nik. “It comes as no surprise after visiting the previous Killer Heels and Undressed exhibitions which were both marvelously curated, skipping no details on display.”

“life is hard. after all, it kills you.” x date night with my wife & katharine hepburn at the frick.

Fashion-forward offerings will continue at The Frick

The Frick continues to push fashion to the forefront of its offerings. “The Frick’s fashion-focused exhibition program, which began in 2016, has been supported $1 million grant award from the Richard King Mellon Foundation to support a series of exhibitions over a three-year period,” said Langel.

Next February, the Frick will host Maker & Muse: Women and Early Twentieth Century Art Jewelry. This exhibition “celebrates the impact of women on the innovative and imaginative jewelry of the early 1900s.” In July 2021, Outdoor Girls: Sporting Fashion 1800 – 1960 will be arriving featuring pieces from the Fashion Institute of Design and Merchandising Museum in Los Angeles. Among the pieces on display, 19th-century croquet, swimming and skiing ensembles and 20th-century in-line skating and motorcycle outfits.

“We have made a concerted effort over the last several years to make fashion a regular part of our exhibition schedule,” said Hall. “We looked around and noticed that it was a largely untapped niche in Pittsburgh. The public loves fashion and its connection to history and personal expression, and it’s something I think we’re positioned to do well.”

The Pittsburgh community is showing up for fashion, thus expanding The Frick’s recognition. “A significant portion of fashion exhibition visitors have been first-time visitors to the museum,” said Langel.

“Once you discover us, I think perhaps you are smitten,” added Hall.

“We’re a unique place—beautiful setting, varied experiences, but we’re a bit off the beaten path and perhaps not as well-known as we should be. But I think we’ve done a lot—and fashion gets a lot of credit—to raise our visibility over the last several years.” 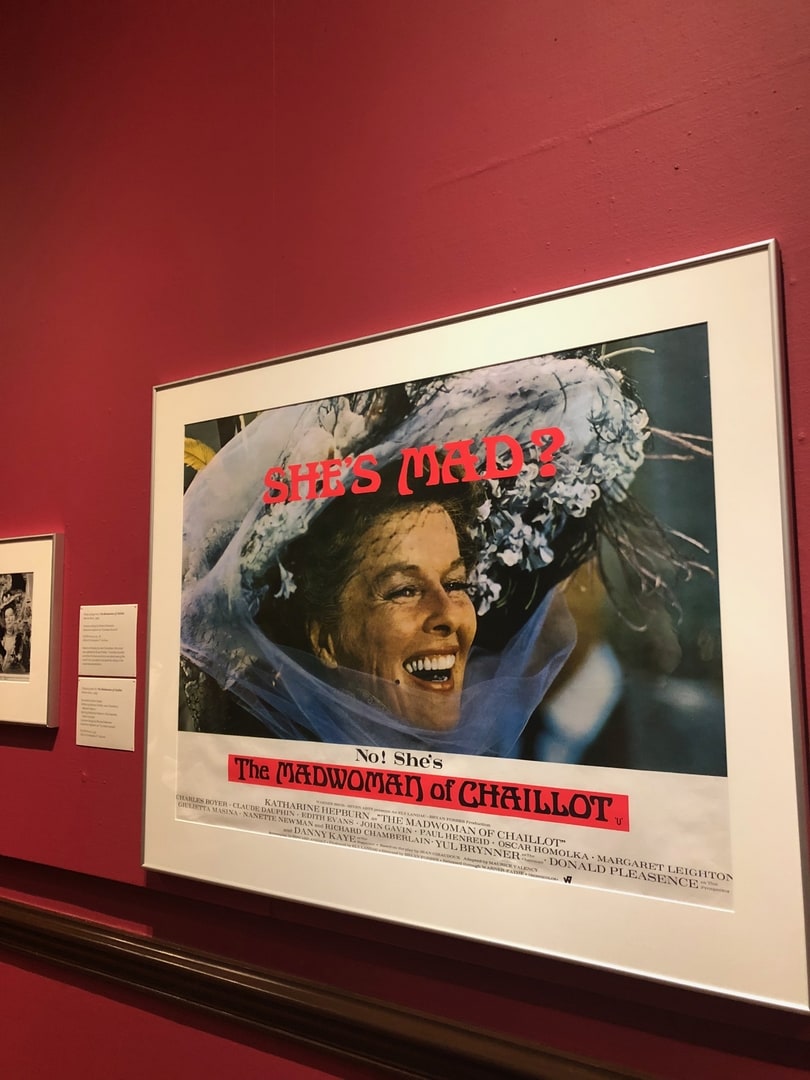 Admission for adult non-members is $15 and senior / student and military is $13. Children under five are free.

Learn more about The Frick Pittsburgh on their website.

You can also connect with The Frick via their Instagram. 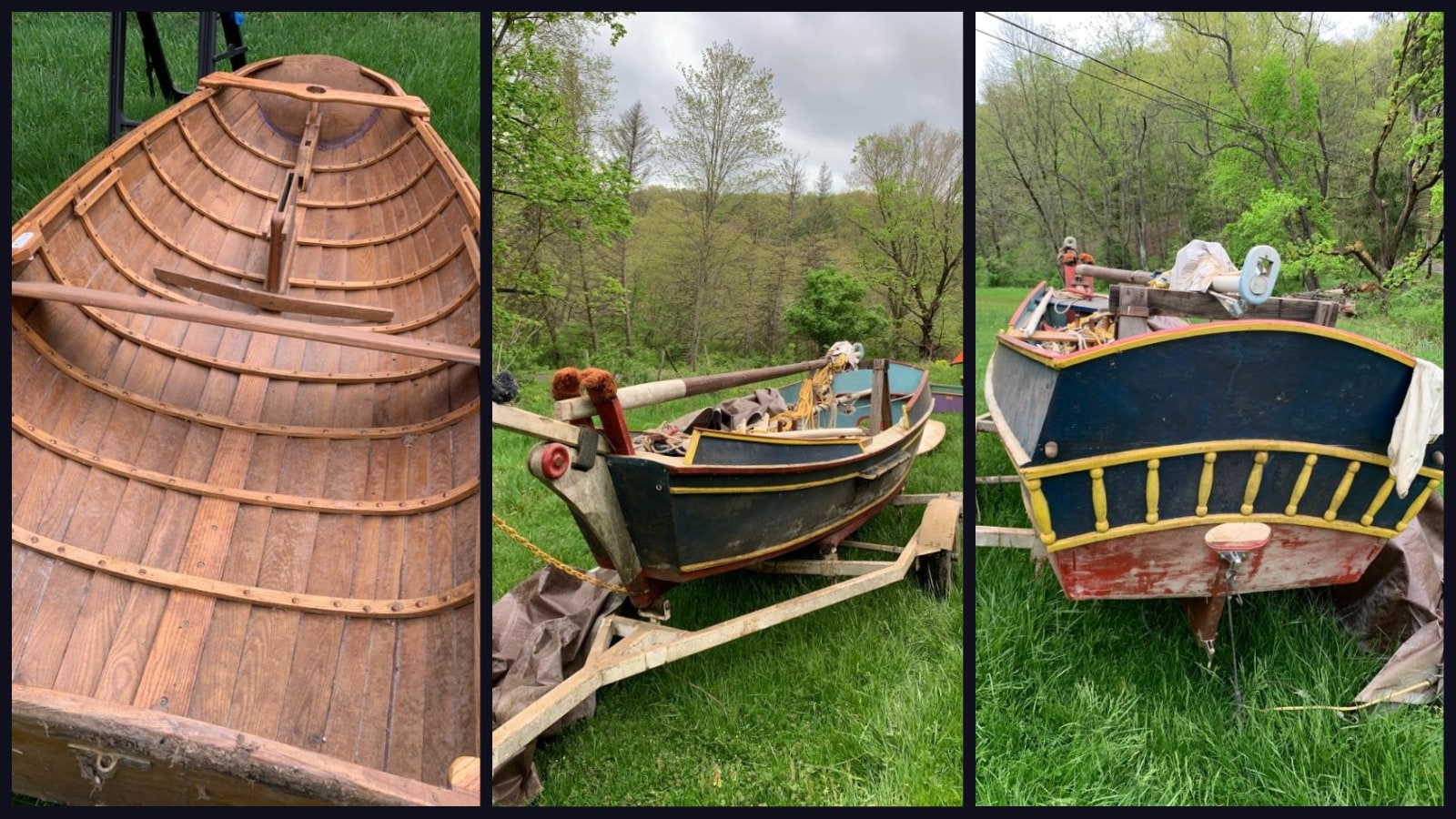 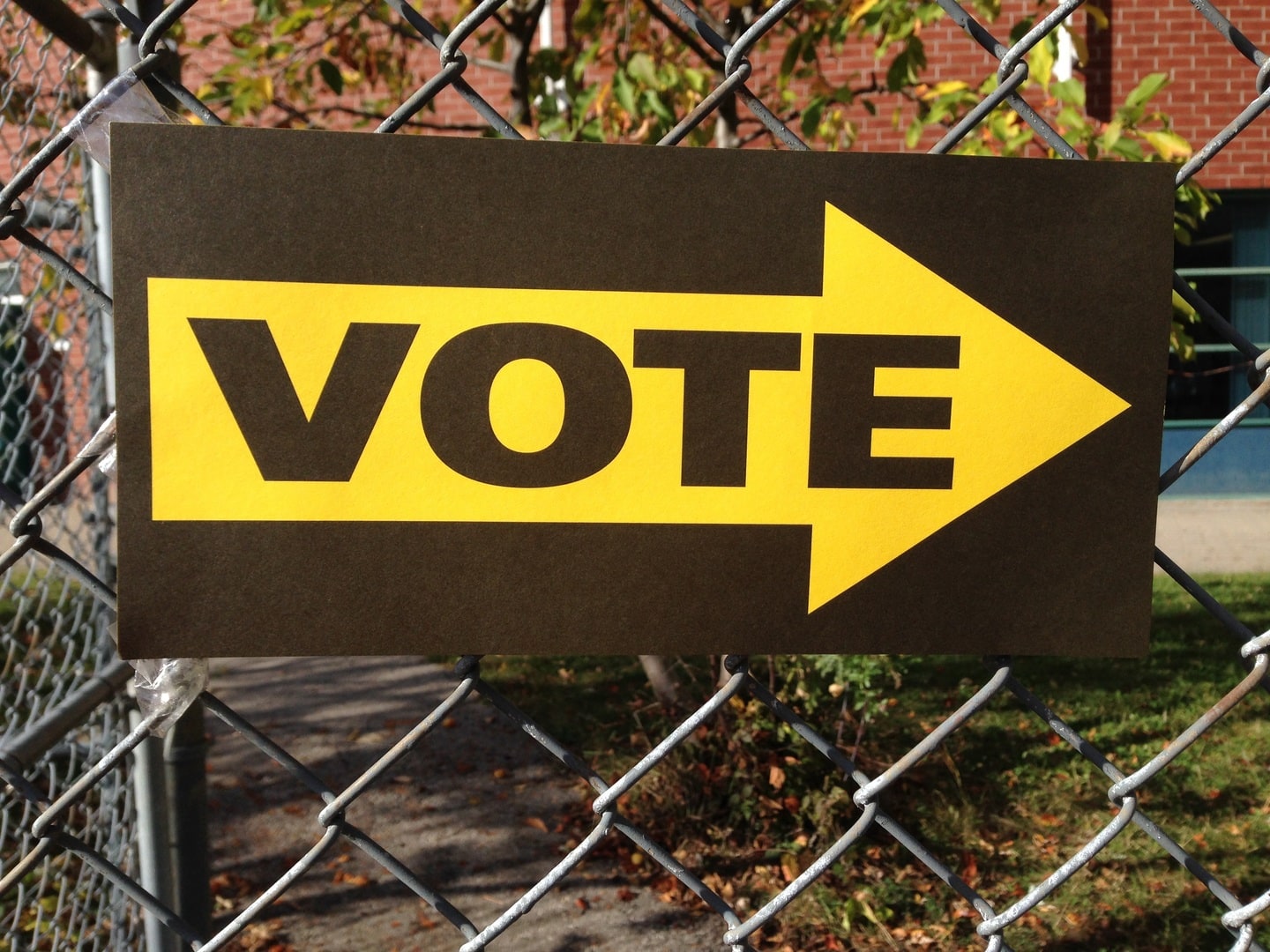 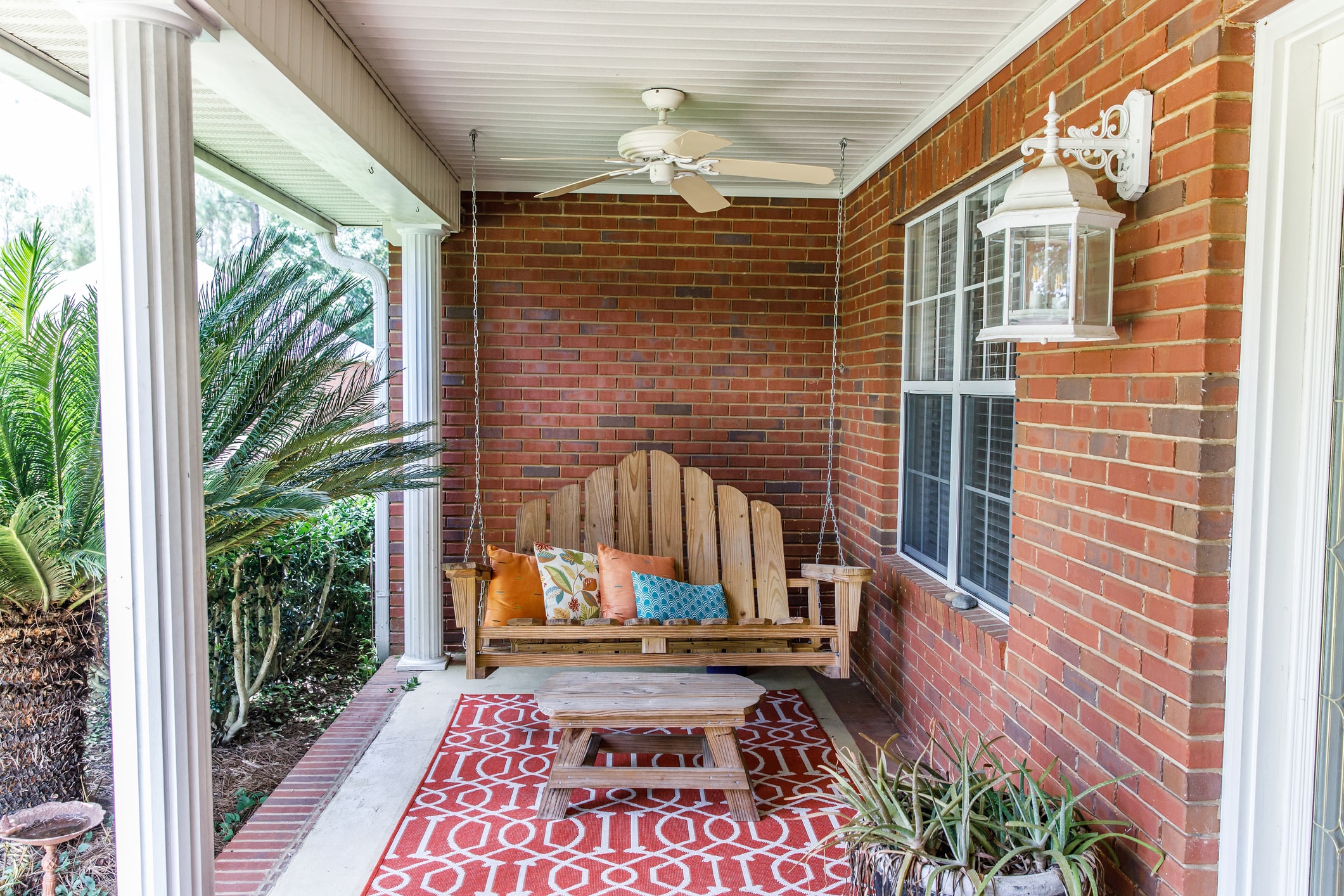 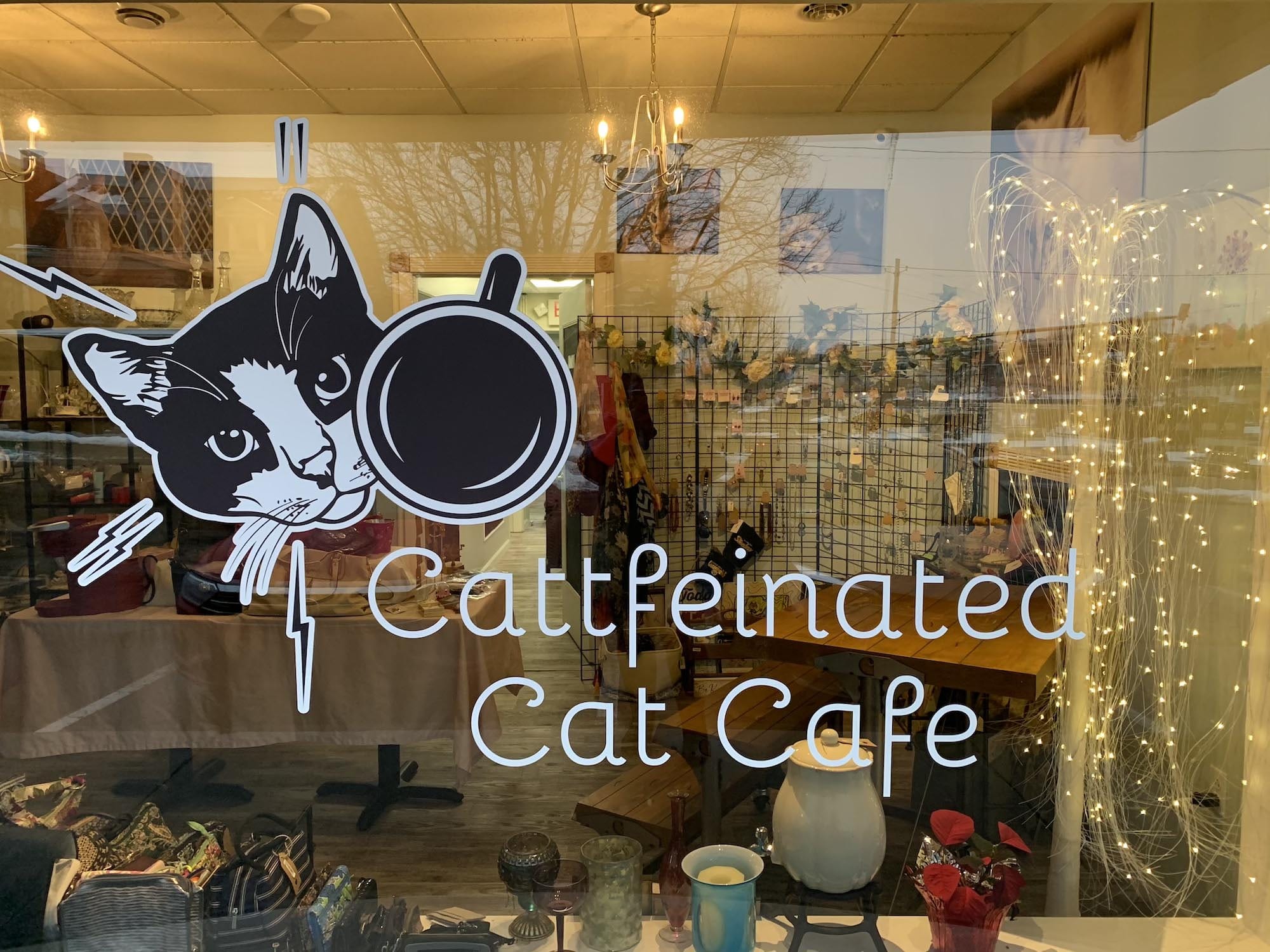