Just as steel is formed using iron, Steel Chef is loosely based off of its “Iron Chef” predecessor.

(You know, the one with Chef Morimoto and “the Chairman” and dramatic secret ingredient reveals; the one you fell asleep to late at night before Netflix existed and before you cut cable.)

Now in its second year, Steel Chef is equal parts live cooking competition and training program. An initiative of Focus on Renewal in McKees Rocks, Steel Chef provides teens with the tools and education they need to improve accessibility to prepare healthier foods, while simultaneously teaching them some entry-level skills needed to work in restaurant kitchens and give them exposure to careers within the restaurant industry. Each student also receives ServSafe certification (a standardized industry must-have).

Over the course of 12 weeks, the eight selected students from City High, Central Catholic, Obama Academy, Propel Montour, and Sto-Rocks High School meet Monday evenings to prepare for battle. These “Sous Sessions” are structured so that there’s plenty of time for hands-on learning including knife skills, blind taste tests, and recipe development.

The Steel Chefs chop and taste and season and plate, working alongside six mentors from the Pittsburgh restaurant industry. Everything culminates on Monday, March 18, 2019 when they compete before a live studio audience. As if the food challenge isn’t enough, this year the junior chefs must also create a non-alcoholic drink pairing for their dish. After the event, they will be tasked with teaching other kids in Focus on Renewal’s after-school programming how to prepare easy, economically accessible meals.

Jenifer Davison is the Director of the Steel Chef program. “The skills they practice in this program translate into everything else that they do,” she explains. “They have increased confidence, oftentimes take on leadership roles in their other interests and projects, and they are more comfortable trying new things. Now, some of them cook for their parents.”

Kaleo Rodriguez heard about the program at school. “I love that I get to show others what you can do with cooking. I like learning different techniques, and about running a restaurant.” He admits that over the next few weeks he will be focused on his self-proclaimed problem areas of plating and presentation.

When I visited the junior chefs, they were two weeks out from the live competition and were working with Chef Claudy Pierre, owner of Arnold’s Tea in the Northside (as well as Eminent Hospitality catering and founder of the E.A.T. community program).

Like a pot left simmering on the stove, Pierre’s enthusiasm bubbles over [insert groan here] as he assists the students in a French toast challenge. “Keep it simple students” or KISS, is repeated throughout the two hour session. “Less is more in the kitchen. Control your time, your knife cuts, your environment,” he advises.

Is Steel Chef a solution to Pittsburgh’s shortage of kitchen staff?

With three businesses, Pierre already has plenty on his plate, but he is a returning mentor because he had so much fun last year. He believes in the program’s mission. “Instead of searching for folks who are qualified [for restaurant work], why don’t we TRAIN them?” [Sidebar: Could this be the answer to the city’s shortage of qualified restaurant workers?]

Pierre believes that a culinary career or even just some restaurant work in college is a great asset. “You’re always gonna eat. There’s always food, which is a bonus. Either a staff meal, or something to taste,” he says, “You don’t go hungry.”

The young students might be called “junior chefs,” but Pierre doesn’t treat them any differently than he would his own staff. They respond with “yes, chef” to acknowledge they have heard his instructions. “[They] are not amateurs, [they] are young future professionals.”

This professionalism is rewarded with unique opportunities. Gwen Winters, won the burger competition in week five of the program. “I kept it simple,” she explained. “But I cooked it and toasted the bun in bacon grease. I topped it with colby jack, avocado, and cayenne mayo…even though I wouldn’t necessarily top my own burger that way.” This award-winning burger will be featured at Jackie Page-Heidelberg’s new Love Rocks Cafe. Winters is also launching a pop-up restaurant as part of her required 10th grade project at Obama Academy.

As the French toast session progresses, the Steel Chef training kitchen goes from a well-orchestrated dance, with the junior chefs sharing ingredients and tools, to more of the mad scramble associated with the dramatic countdown on an episode of “Iron Chef.” Their French toast is a solo challenge, and it is obvious that each of them takes this program seriously. They approach the judges’ table and practice explaining their French toast, detailing the “why” behind their ingredient and topping choices.

“What’s a substitute for butter?” Davison asks the group. “Nothing!” is the resounding answer from all of the junior chefs. “It’s our unofficial motto,” she explains.

Everyone agrees that the worst part about the program is doing the dishes, but they all take a turn at the sink. Davison has implemented a successful no phone policy. If she sees excessive phone use, that junior chef is first on dish duty.

“Working with the students and our mentor chefs is really inspiring. We are focused on practical life skills that translate even if they aren’t going to pursue a career in culinary arts.” Davison hopes to expand the Steel Chef program next year.

Full disclosure for journalistic integrity: I ate eight samples of French toast while performing on-site interviews for this story. 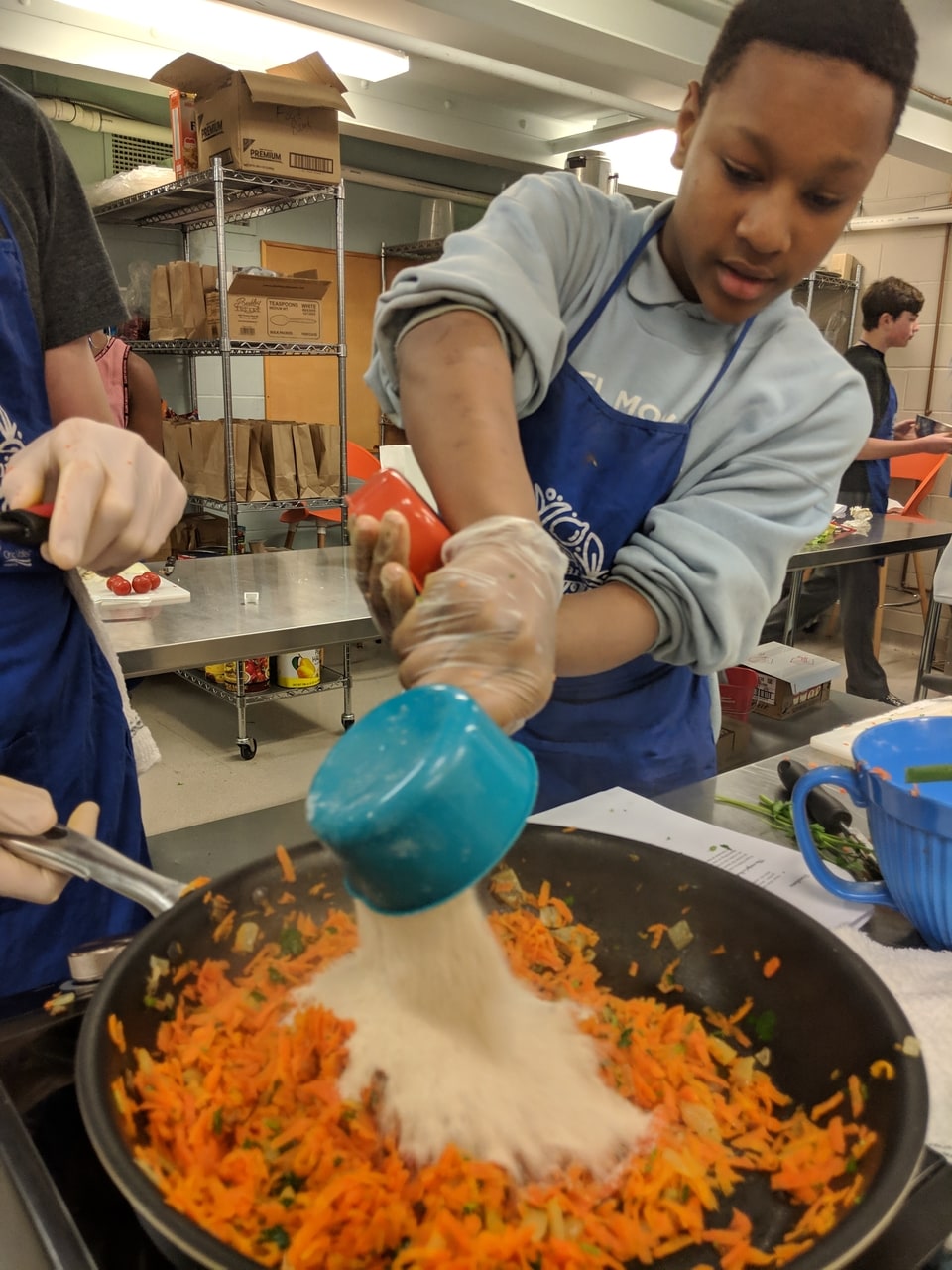 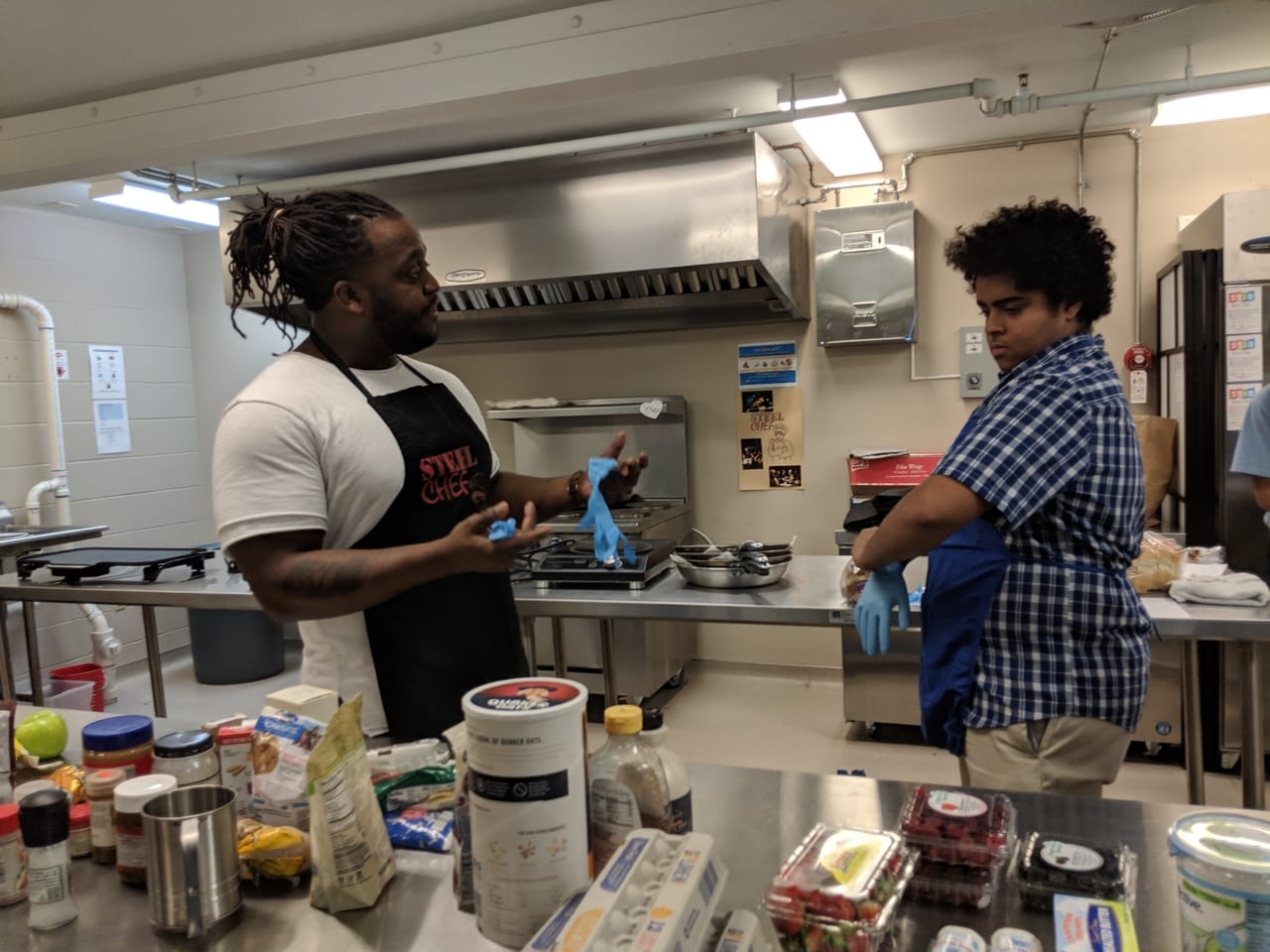 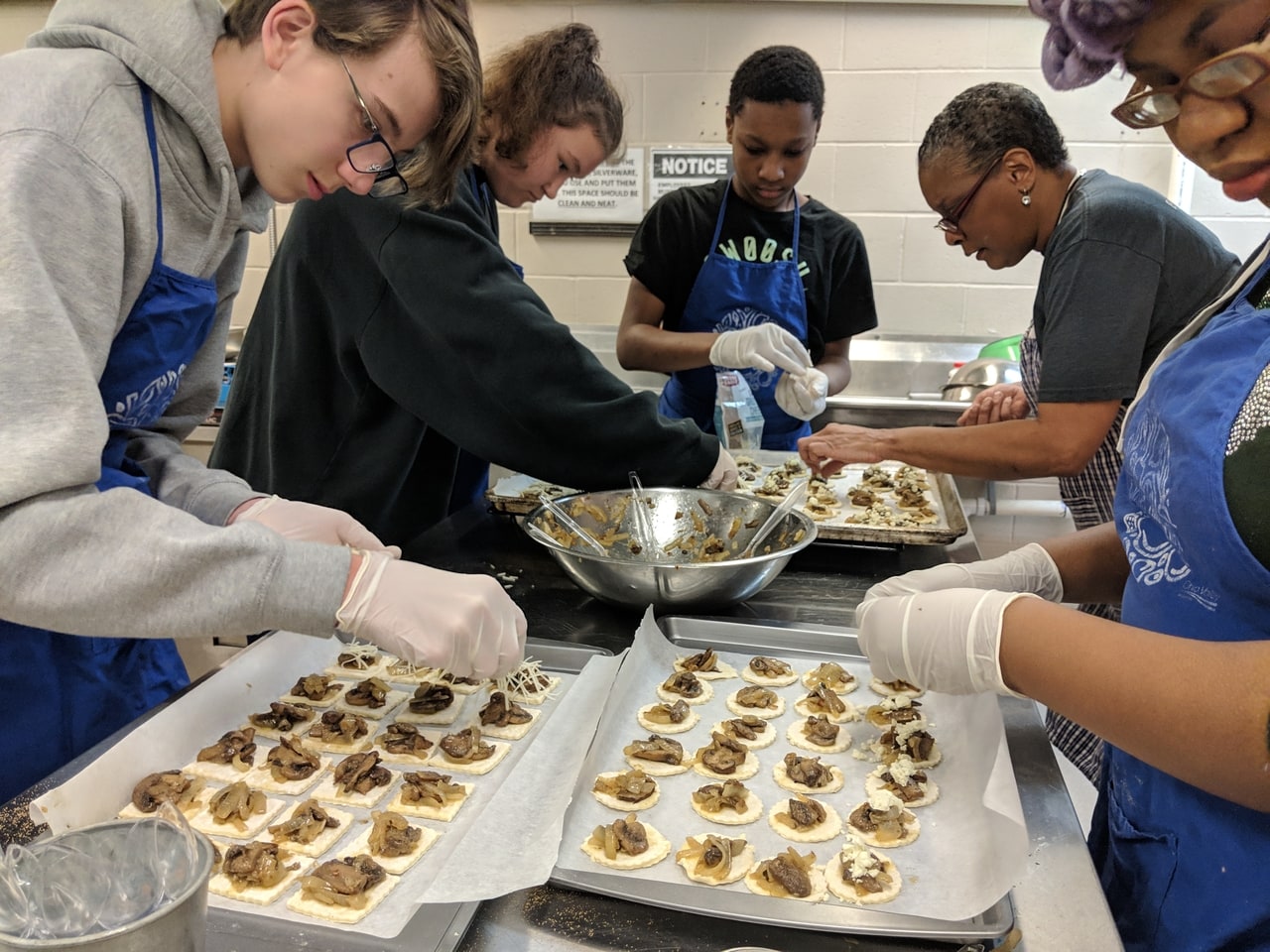 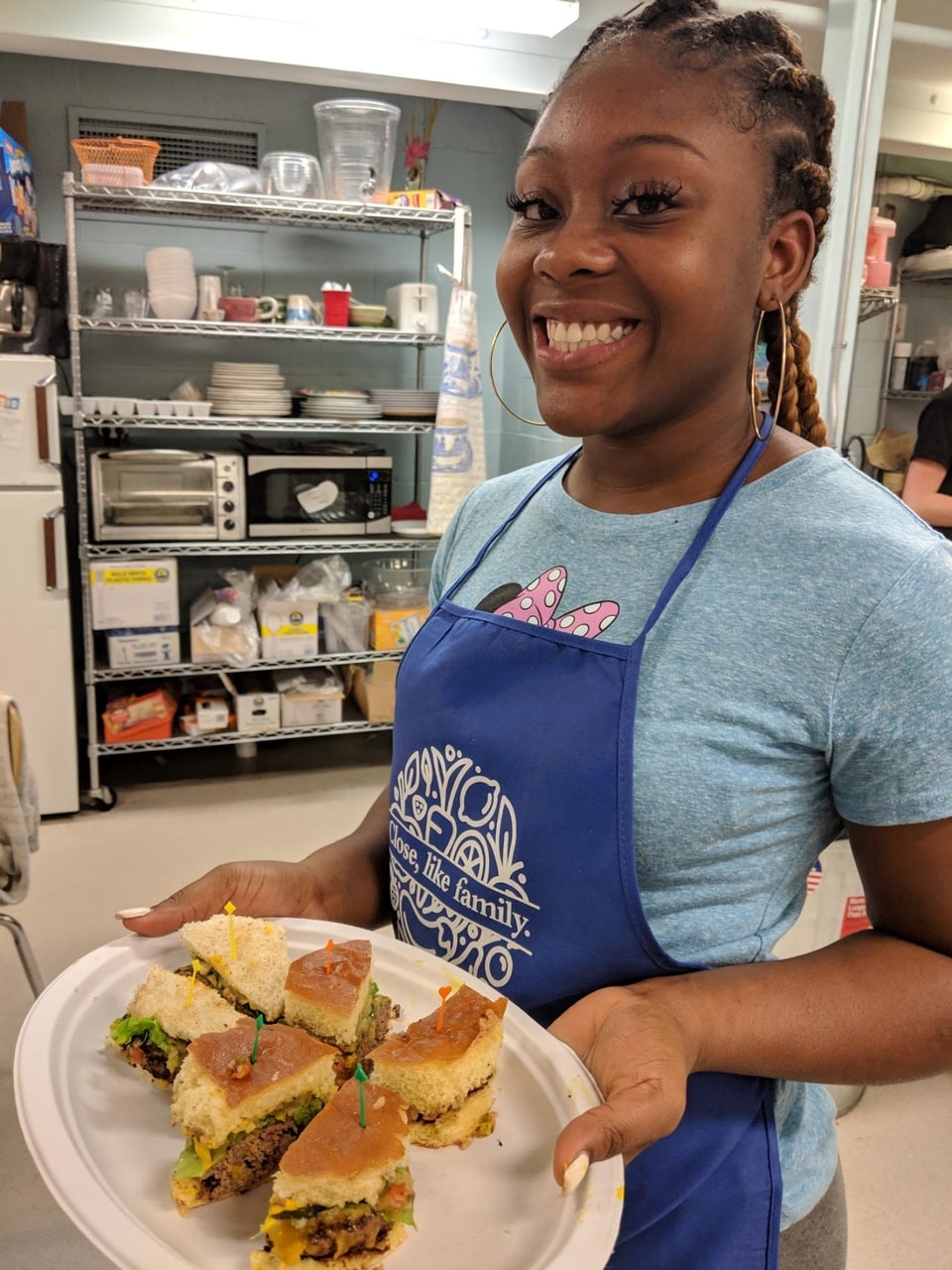 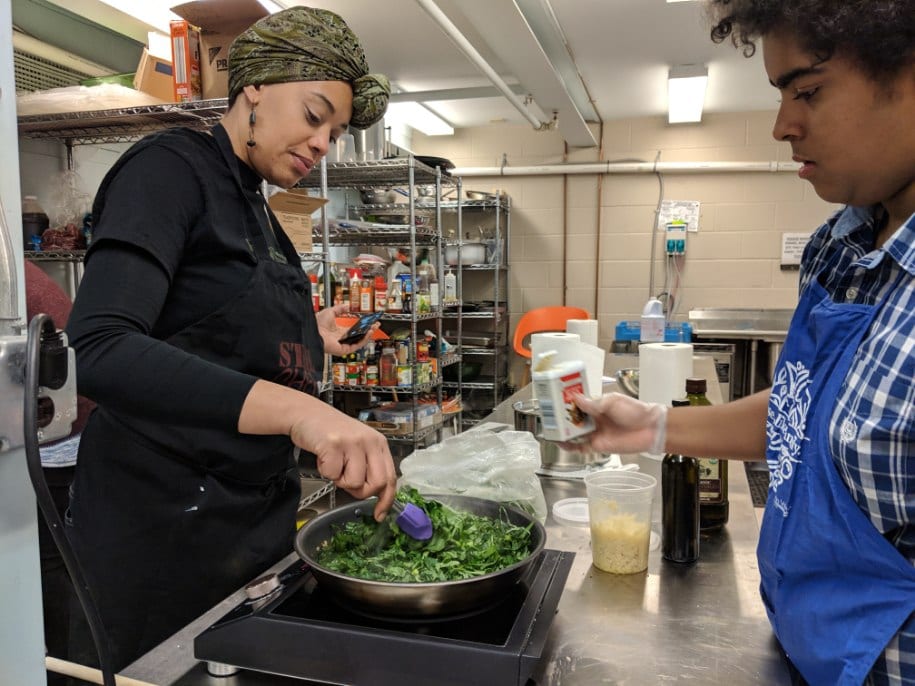 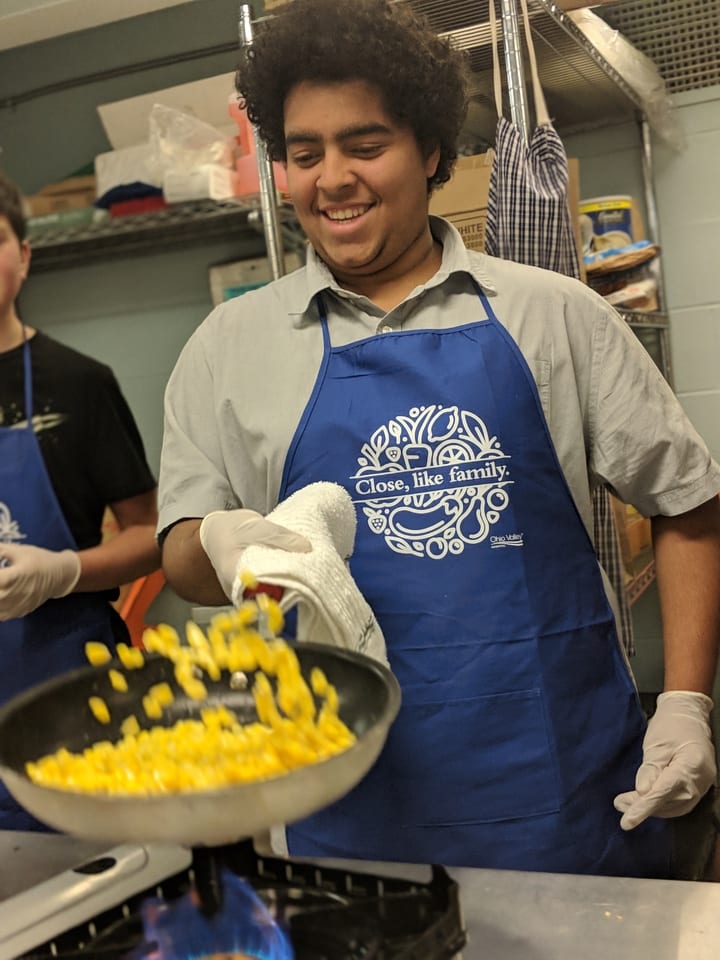 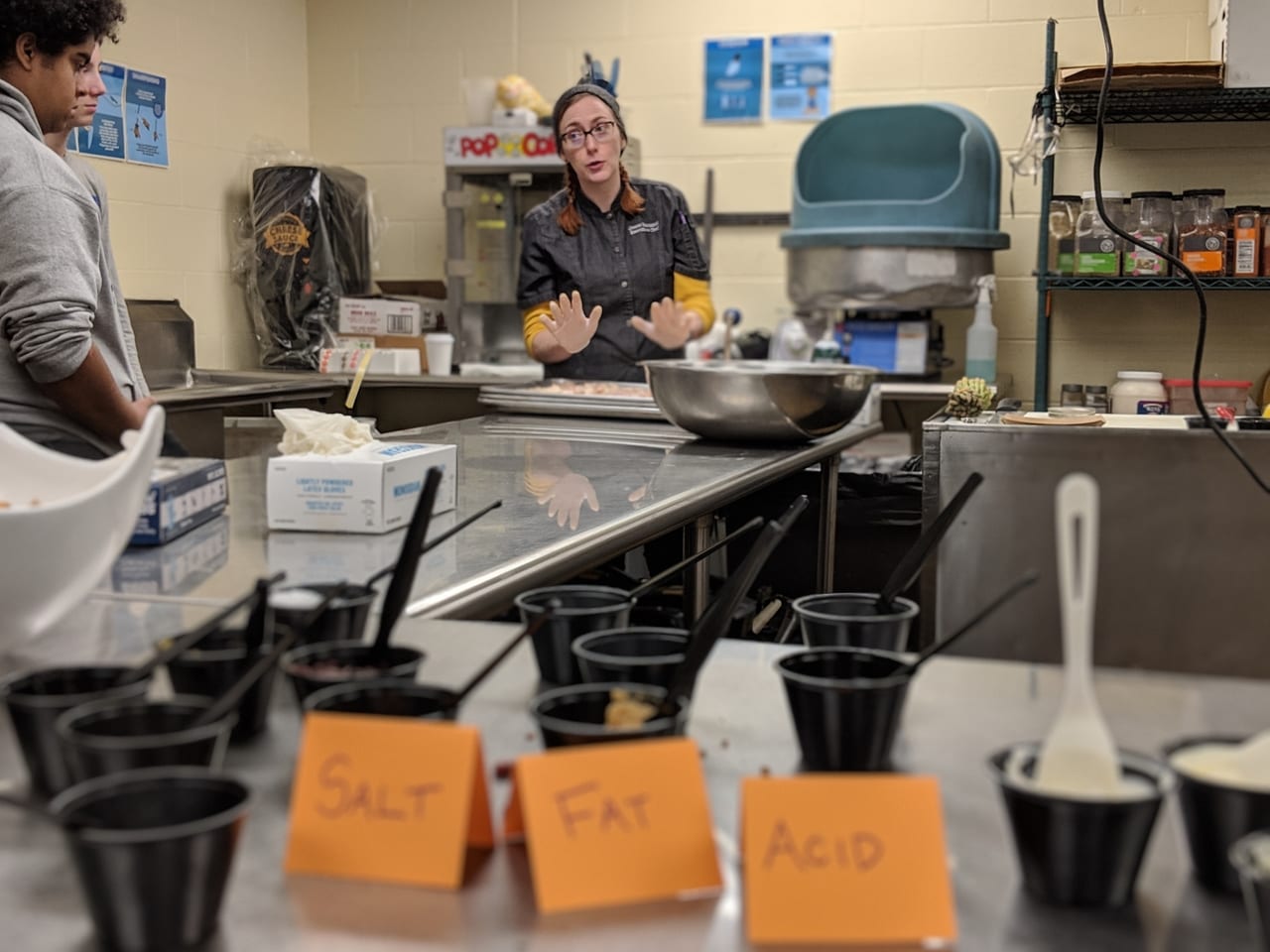 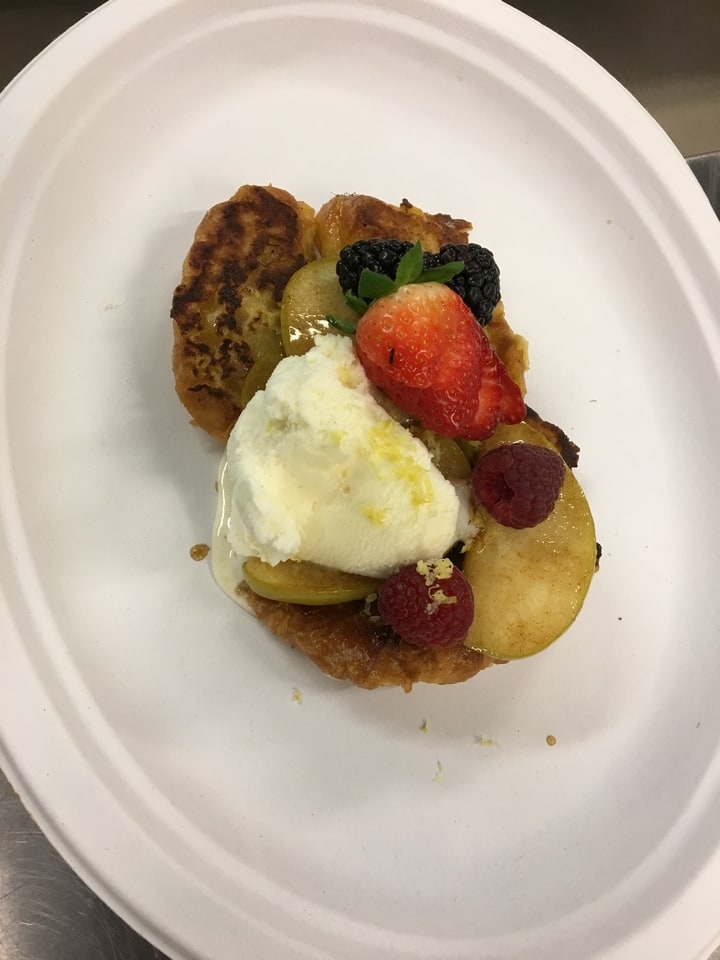 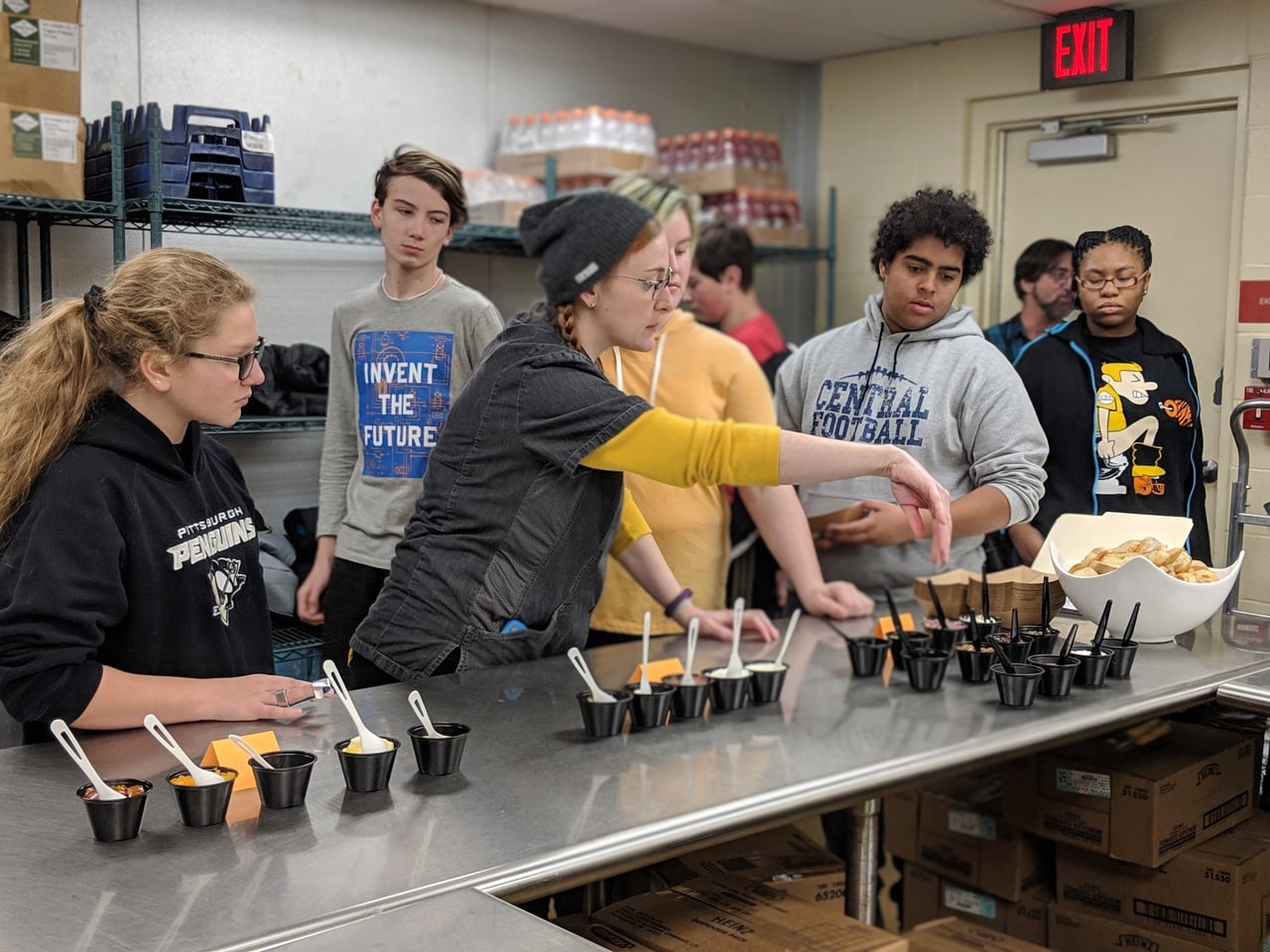 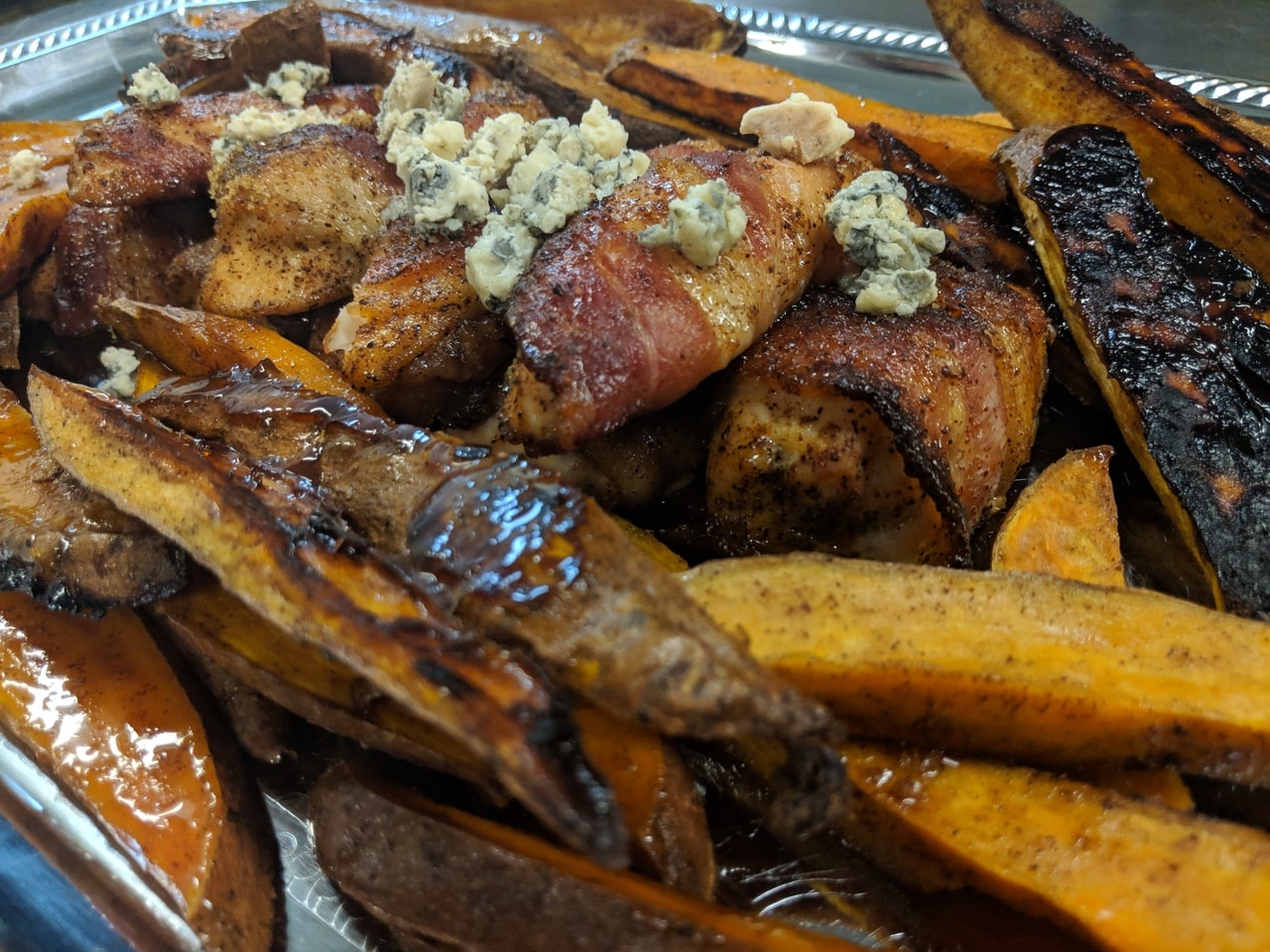 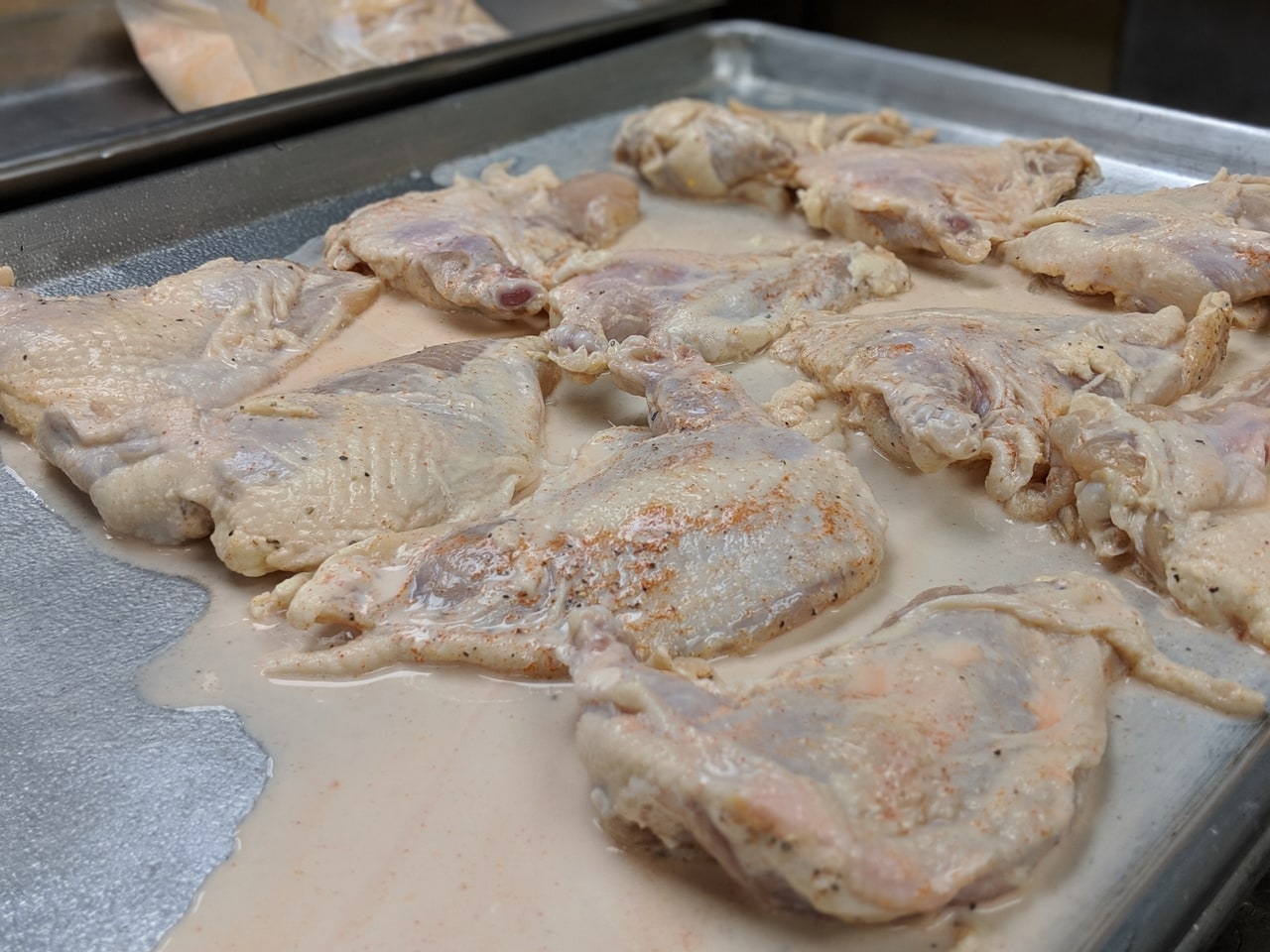 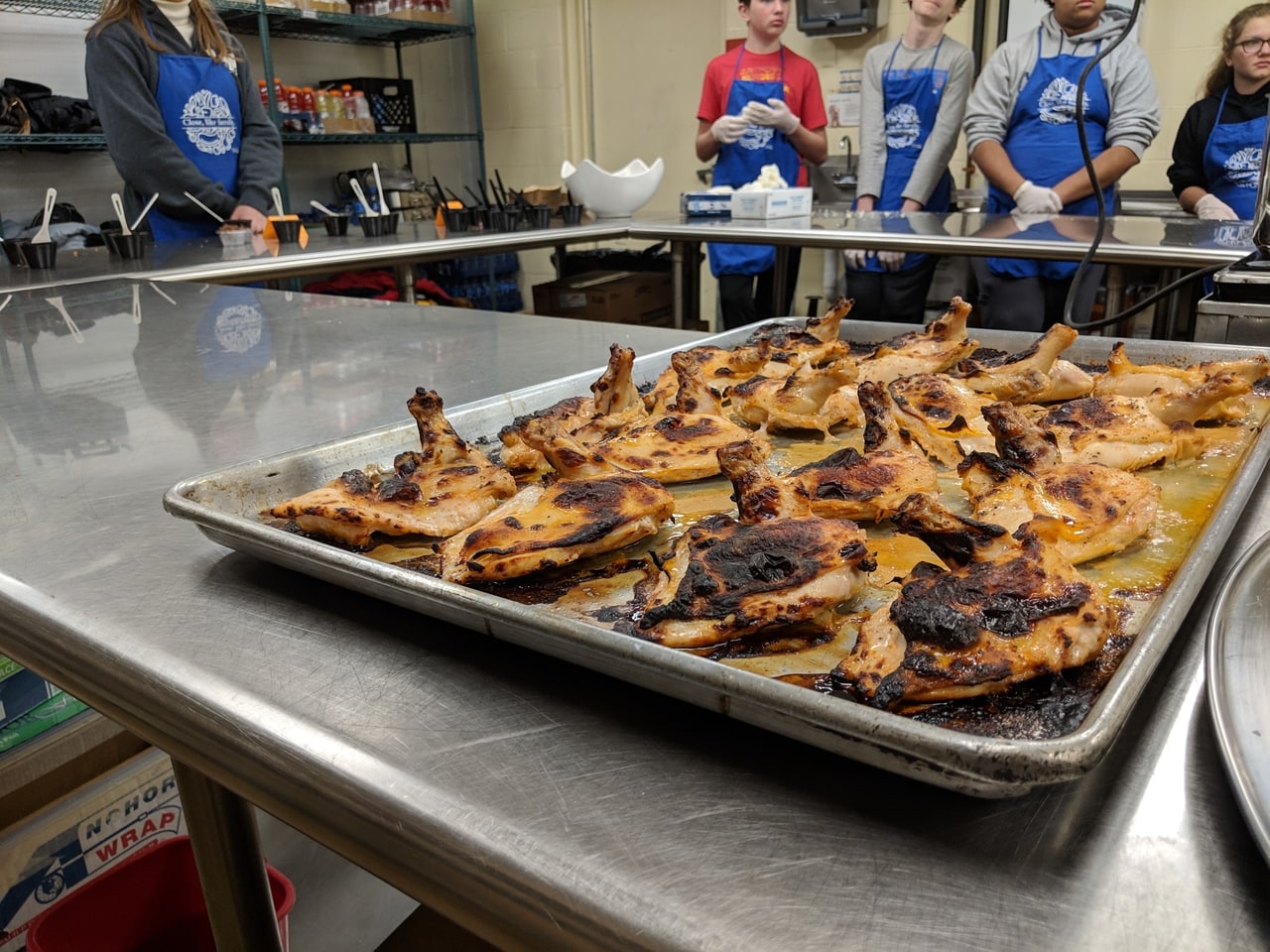 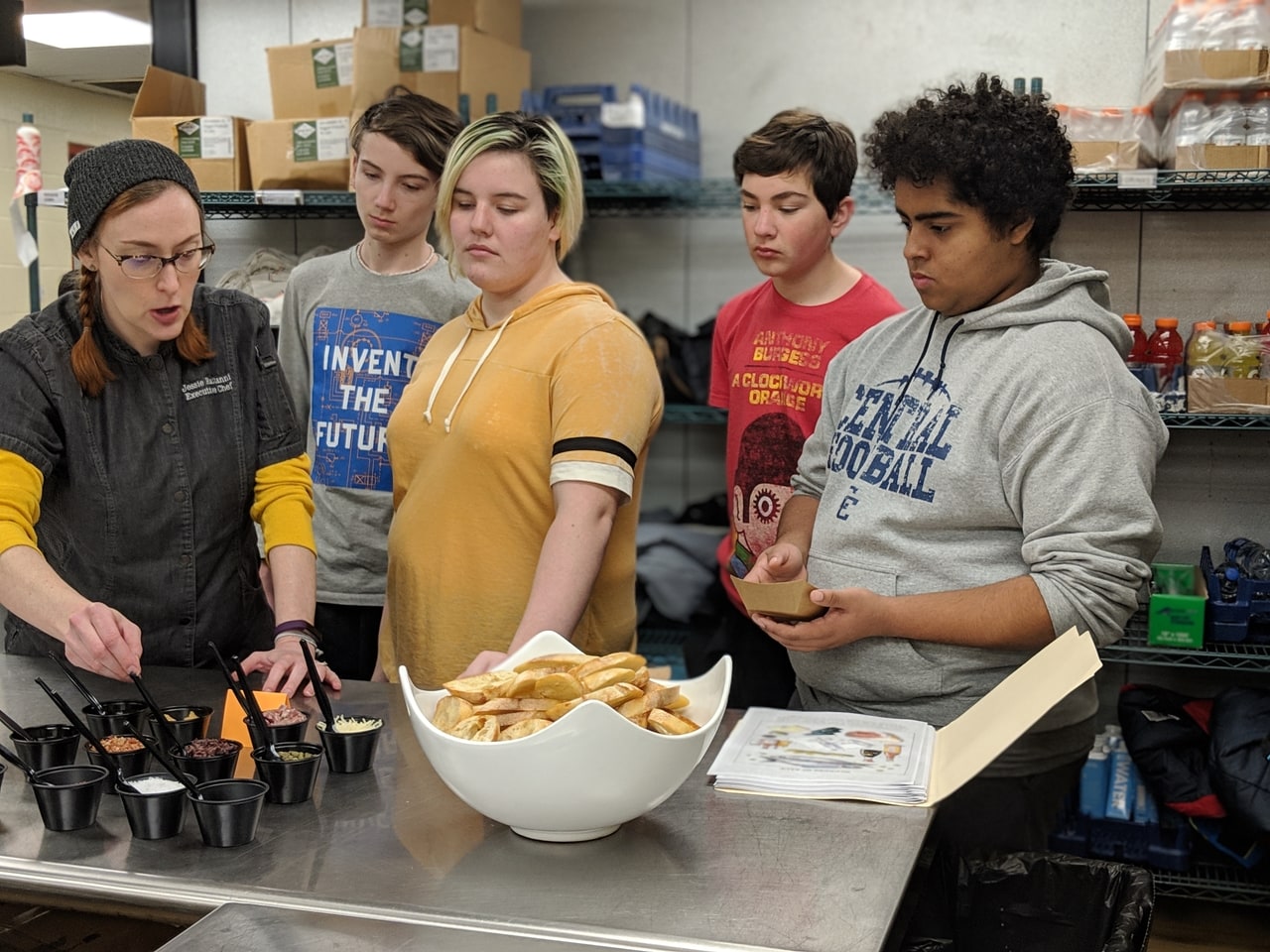 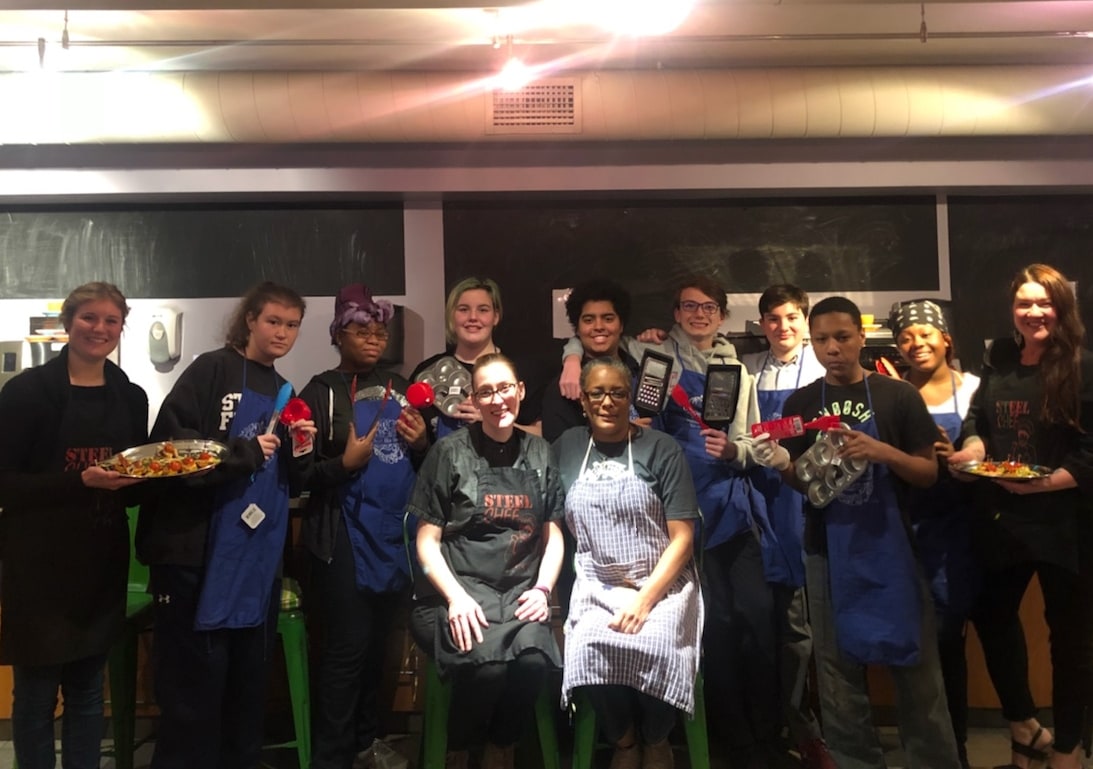 Judges for this year include Kevin Sousa, Liana Manesse and Hal B. Klein. Gab Bonesso will be emceeing the festivities.

Street parking is plentiful along Chartiers Ave. And you can always take the bus. Think McKees Rocks is so far away? It’s actually not. Google Maps fact: McKees Rocks is closer to Downtown than the Pittsburgh Zoo. Depending on your starting point, you only have to cross one bridge or go through one tunnel.