The award-winning Gaucho in the Strip District is known for its extensive meat menu. Here’s a look at their stellar vegan options.

Eating vegan at a multi-award-winning, meat-centric restaurant might seem like an impossible feat, but I took one for the team, did the real hard work, and am now here with the ultimate vegan dinner for two from none other than Gaucho Parrilla Argentina (Gaucho, for short).

If you’re not familiar with Gaucho, oh, boy, are you in for a treat.

Gaucho is the six-year-old Argentinian restaurant in Pittsburgh’s Strip District. It constantly has a line out the door, and the scents of their wood-fired oven fill the David McCullough Bridge. And…it’s BYOB. 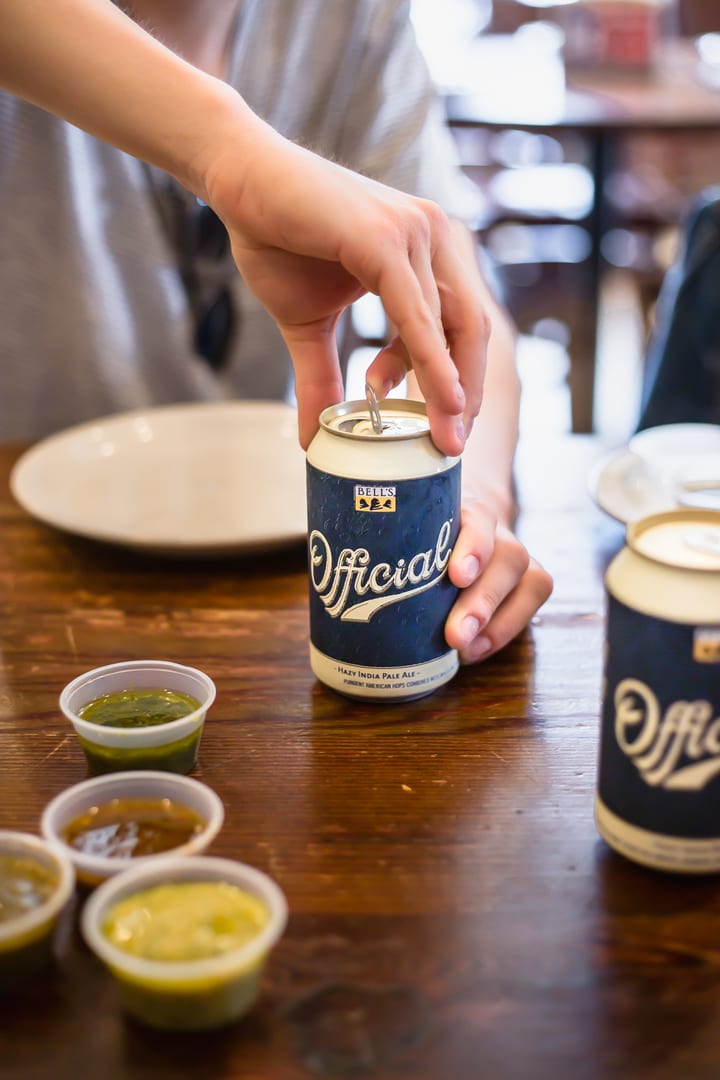 To be honest, I haven’t eaten meat in over five years now, and I still consider Gaucho one of my favorite restaurants in the burgh.

So with a little planning and a lot of flavor, you, too, can eat all the vegan things at Gaucho. And here’s how you can do it:

What to order vegan at Gaucho

While 95% of the menu at Gaucho is meat, the other 5% is made up of fire-grilled plants, salads, and bread.

You’d think that because the vegan offerings at Gaucho are mostly sides, salads and appetizers that they’d be simple, unimpressive, and boring.

But you’d also be wrong. So very wrong, my friend.

For two, we spent a little over $35 on the following:

Not only was this a ton of food for two people, but we also found that everything tasted unique and different, even though most of the ingredients were carried over multiple plates.

Even though we ordered the Papas al Horno, the potatoes on the Argentino Salad were a delicious, carby accompaniment to the bright balsamic dressing. The grilled onions can be found in pretty much everything, but they bring some much-needed sweetness to a surplus of savory. 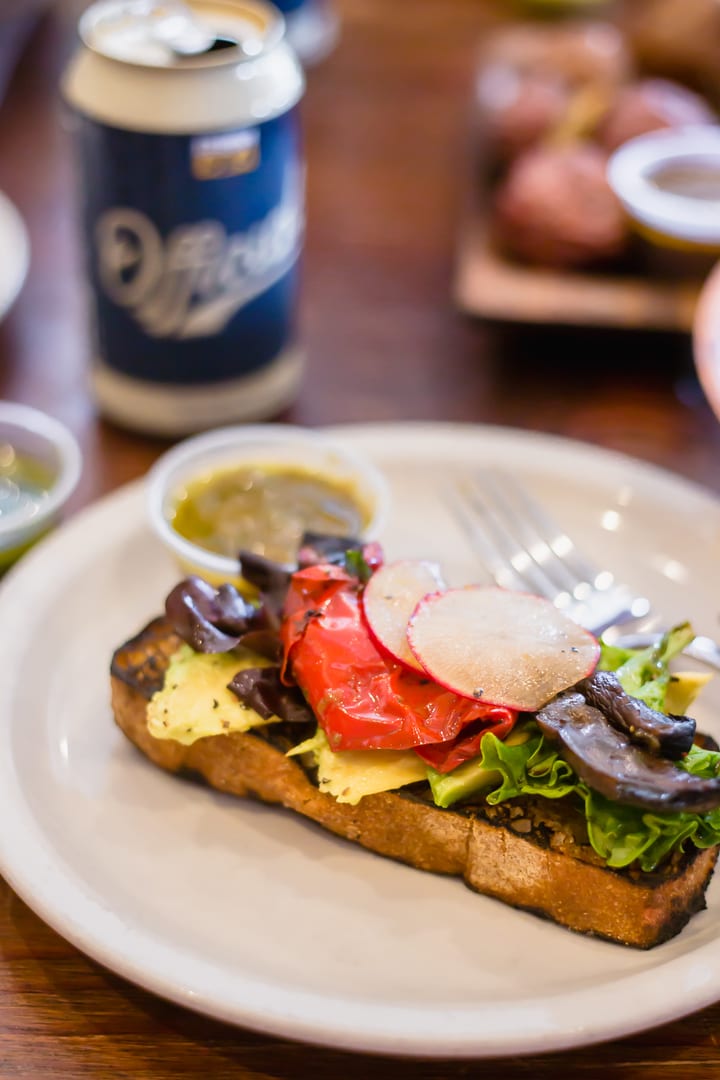 We also found it was an excellent idea to order extra Tostado for our meal. Not only is it delicious on its own, coated with rich olive oil, salt, and pepper, but it’s also customizable. I ended up being the most millennial person in the place and made myself a delicious avocado toast, made from the ingredients in our Argentino Salad. 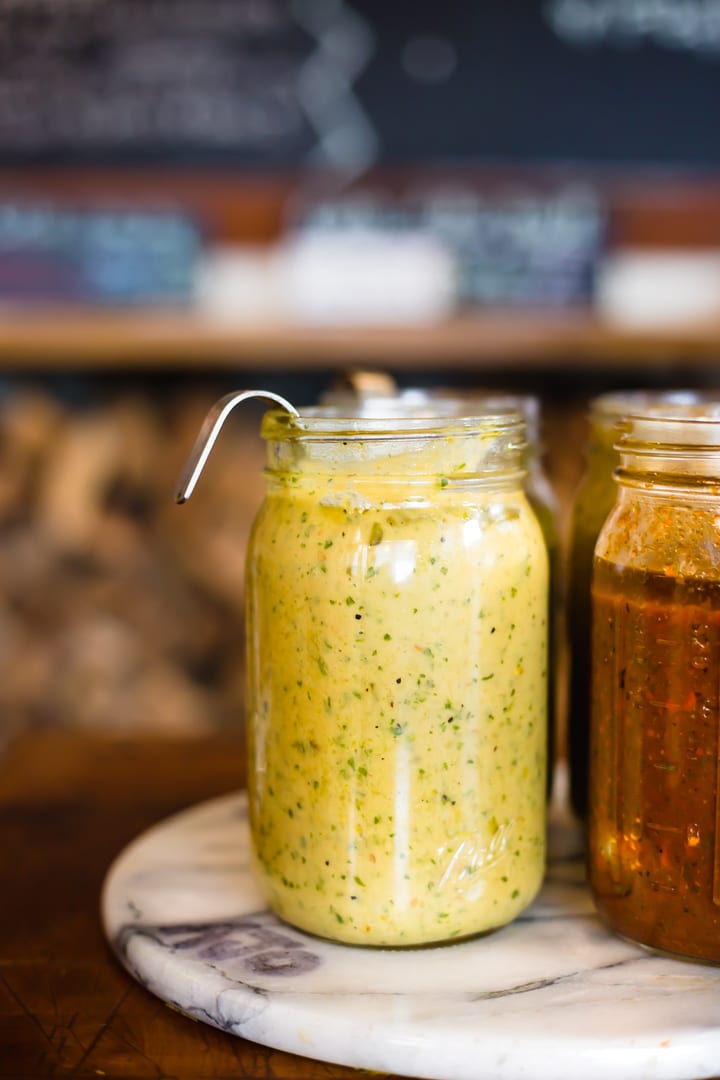 Regardless of what you order at Gaucho though, the sauces are, by far, the star (and all vegan!). They have four different kinds, all unique and special in their own way, available in big mason jars after you order for your choosing:

How should you use the sauces? However you see fit. I typically pour them all over everything like a monster because they’re that good. But you can also be a bit more civilized and dip and drizzle on whatever you see fit.

That said, I very much enjoy the Cebolla on the potatoes and the Pimenton is a great addition to the Argentino Salad! 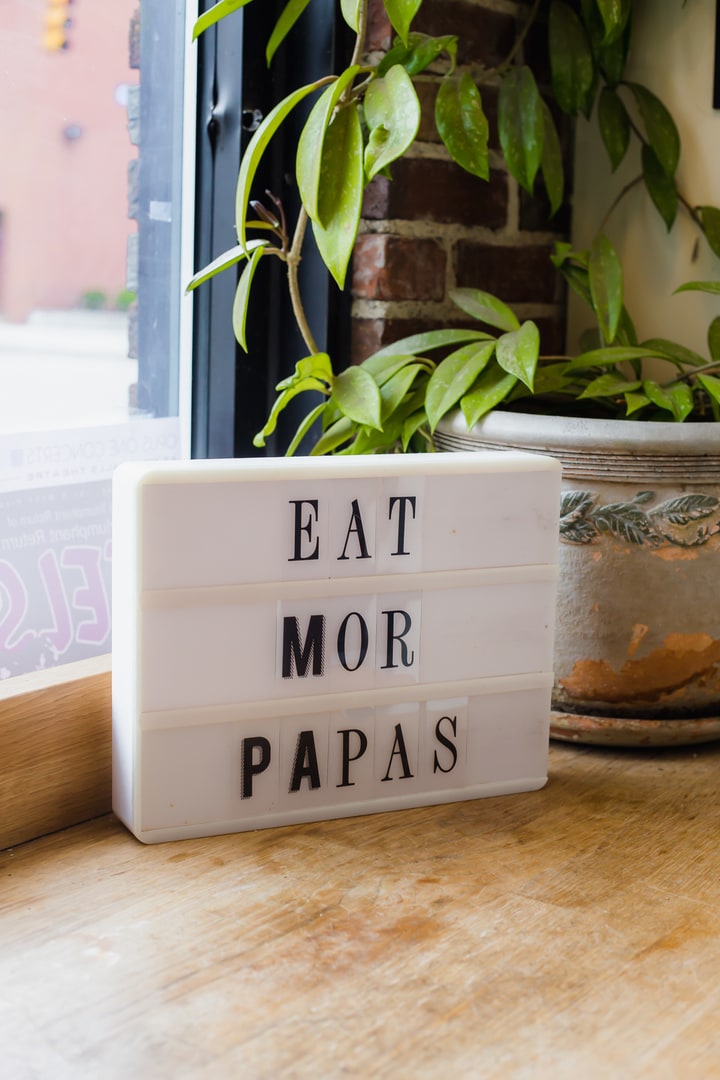 One small thing to note is that Gaucho doesn’t have any plant-based proteins – beans, tofu, etc. on the menu, but it didn’t bother me one bit. With the bold flavors of the sauces, the smokiness of the vegetables, and the saltiness of the bread, I didn’t miss or need the protein.

They’re not a “vegan restaurant,” and that’s OK. They do have some “accidentally vegan” menu options that are (arguably) just as good as their meats, so Gaucho can easily please omnivores and plant-based eaters alike.

Gaucho is open for lunch and dinner, Tuesday – Saturday and closed on Sunday & Monday.