Plus a new brewery in Heidelberg

A new brewery in Heidelberg, hop on your bike with the Major Taylor Cycling Club and step inside one of the city’s best Indian restaurants.

HEADING TO HEADLEY’S: Heidelberg’s second brewery
This week in beer, we’re showcasing the story behind Headley’s – a new brewery in Heidelberg. Get to know the founding duo and how you can scoop up a four-pack (or growler) from their digs just south of Downtown.

UDIPI: South Indian cuisine in Monroeville
In our latest mini-documentary, get to know the family behind Udipi Cafe – a vegetarian gem just minutes east of Pittsburgh. Although they are best known for dosa (a thin, Indian pancake rolled up with fillings), our video explores other menu items, including their traditional Indian beverages.

STAMP REQUIRED: With love from Pittsburgh
If social distancing has you missing your friends and family, send them a Pittsburgh greeting card from one of these local artists. One of these artists will even sign and send the card for you.

This week on The Slaw, we sat down for a chat with Shequaya Bailey, president of Pittsburgh’s Major Taylor Cycling Club. Named after Black cyclist Marshall ‘Major’ Taylor, the club’s local chapter is committed to getting folks comfortable on bikes.

Are you a biking beginner? Listen to Shequaya explain the “slow roll” – a recurring group ride for folks of all ability levels.

We also share some shoutouts to local coffee shops. Find out which coffee shop often has strawberry pretzel salad on their menu.

🎧 You can download this episode or listen via iTunes, Spotify, or Stitcher. Join the conversation in our Facebook group for The Slaw.

A new old South Side house 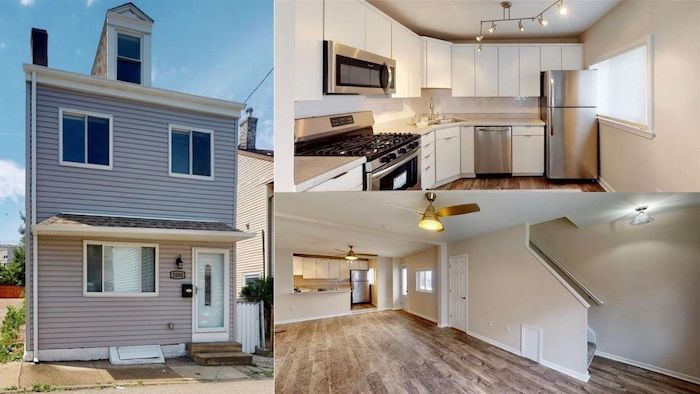 Located in the South Side flats, 2008 Larkins Way has been completely redone from top to bottom. This house has 2 bedrooms plus a finished 3rd floor. Interested in taking a tour? Contact Sean Kelly at Howard Hanna by email seankelly@howardhanna.com or phone 412-841-9161.