Hidden in the attic of a New Kensington home for decades, this wedding dress and bow tie were still in beautiful condition

Published on Tuesday, May 5th, 2020
by Rich Condon

On January 24, 2019, my father was diagnosed with Stage IV throat cancer – an unexpected diagnosis which left me, my family, and my father reeling as a state of shock filled the tiny doctor’s office. Little did we know at that point, my father only had six months left to live.

My father was a kind, albeit very private person, and generally kept to himself unless social interaction was necessary. With that being said, he was quite possibly the most nostalgic person I’d ever known – typically saving simple mementos such as scribbled napkins, old concert tickets, unopened whiskey bottles, dated photographs, and the like. As someone who has worked in the field of public history for the better part of a decade, I encounter sentimentalists on a daily basis. An appreciation for history is something my father instilled in me at a young age, and, in particular, the connections we can establish with historical objects and genealogical studies. 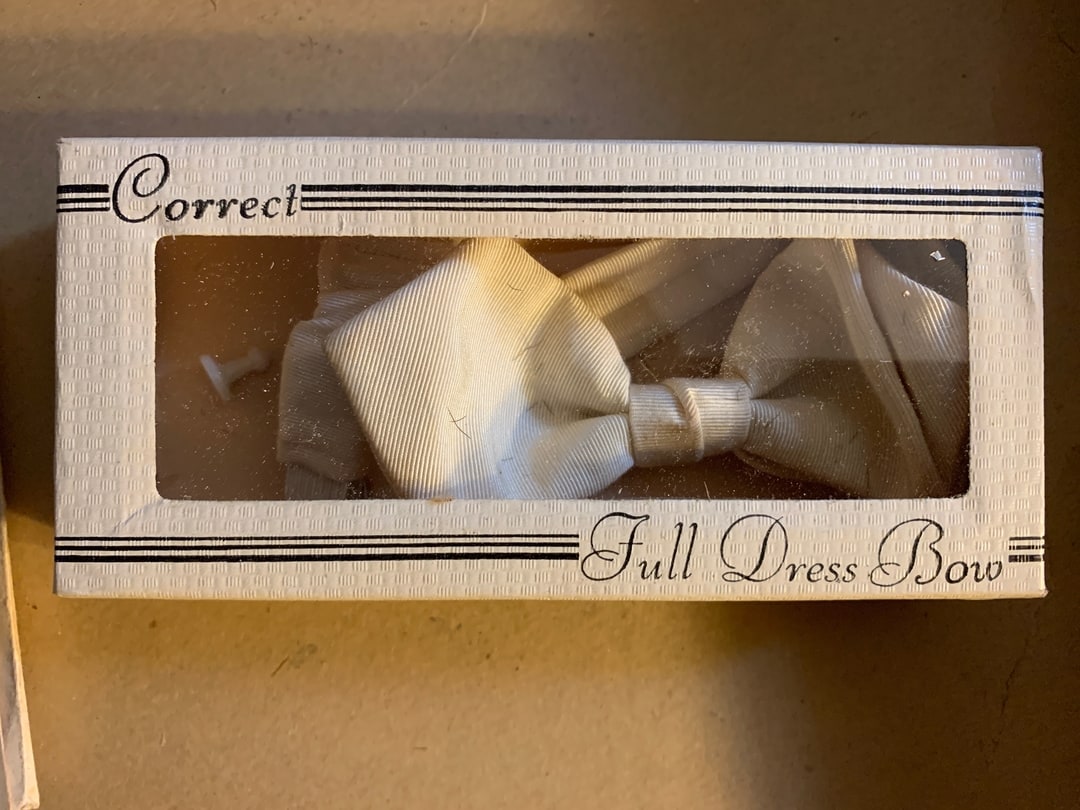 A box in the attic

Soon after my father passed away in June, I began the process of sorting through his possessions and cleaning out the house he had lived in since 2009. In October, I opened the attic crawlspace, where I found a few old Christmas ornaments accompanied by a very brittle looking package covered in brown wrapping paper. As I pulled the box from above, the paper quickly began to disintegrate, exposing a label: “Silverman’s Fourth Avenue and Ninth Street, New Kensington, PA.” Scribbled on the left-hand side of the box, “Married Wed. Aug. 18, 1937,” gave an approximate age to the discovery. Upon opening, the container revealed a satin and lace wedding dress, a groomsman’s shirt, a bow tie, and a printed wedding cloth, as well as various memorabilia dating from 1934 to 1937. Considering the amount of time these objects likely had been sitting in the attic, they were in great condition, although the dress seemed very fragile to the touch. Wedding invitations and paper keepsakes that had been hidden for nearly 80 years looked as if they were just recently tucked away for safekeeping. 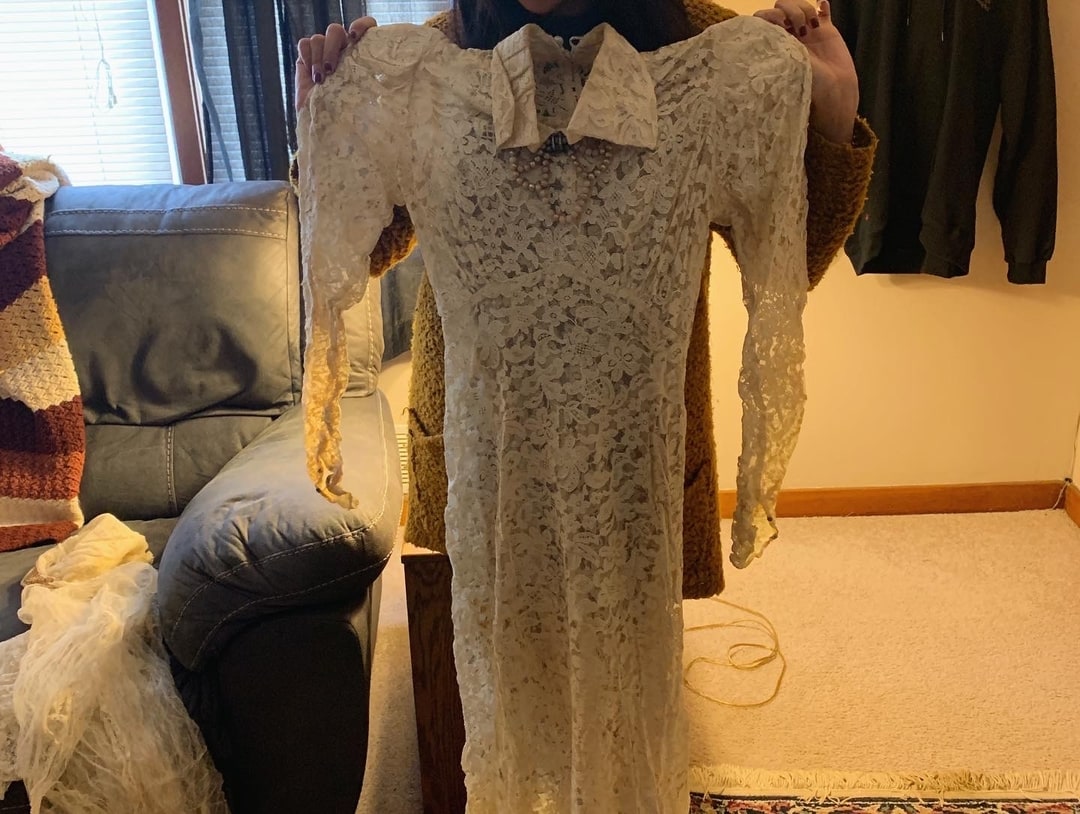 A chance meeting with the daughter of the bride

My greatest hope at the time was to find the rightful owner of the family heirlooms – a seemingly unlikely goal, until serendipity intervened several months later. On April 25, as my girlfriend and I made final preparations to empty my father’s estate, a woman approached and asked if we were moving in or out, to which we replied the latter. She introduced herself as Magdeline, and mentioned that she grew up in the house. In fact, she sold her childhood home in 2009 after her father had passed, without knowledge of the box in the attic. My girlfriend immediately invited Magdeline up to the house where I proceeded to pull out the box for her to see. Old memories flooded Magdeline’s consciousness as she recognized the wedding dress that belonged to her late mother, laying alongside the groomsman’s shirt that was worn by her father so many years ago. A large smile spread across her face, accompanied by tears of joy.

Distinguishable writing on bits of paper confirmed the familial connection, and we knew we had found the collection’s rightful owner. Magdeline doesn’t typically walk the particular route she had traversed that day, but, like so many others at this present time, she sought a change of scenery. She was greeted with a sight of familiarity, and she did not go home empty-handed.

This story was written by Rich Condon, a local historian who shares Civil War History on his website Civil War Pittsburgh. He recently wrote a story for Very Local on a city-wide shutdown of businesses during the civil war. Rich also joined us as a guest on our podcast to talk about some significant Civil War sites in Lawrenceville. You can listen to our interview with Rich here.

If you are interested in Pittsburgh history, here are a few other stories to check out: