We took the T straight to Mindful Brewing for a Straight Kolsch with their head brewer, Nick Jones. Here’s a look at the brewery’s Castle Shannon digs.

As part of my (ongoing) efforts to explore more of Pittsburgh, I decided to take myself on a small beer adventure outside the city proper.

Last week, I hopped onboard the T (blue line, outbound) and took it south to Willow Station. From there, I walked the lovely sidewalks of Castle Shannon Blvd until I came upon the intersection with Library Road.

The signage was unmistakable. I had arrived at Mindful Brewing. 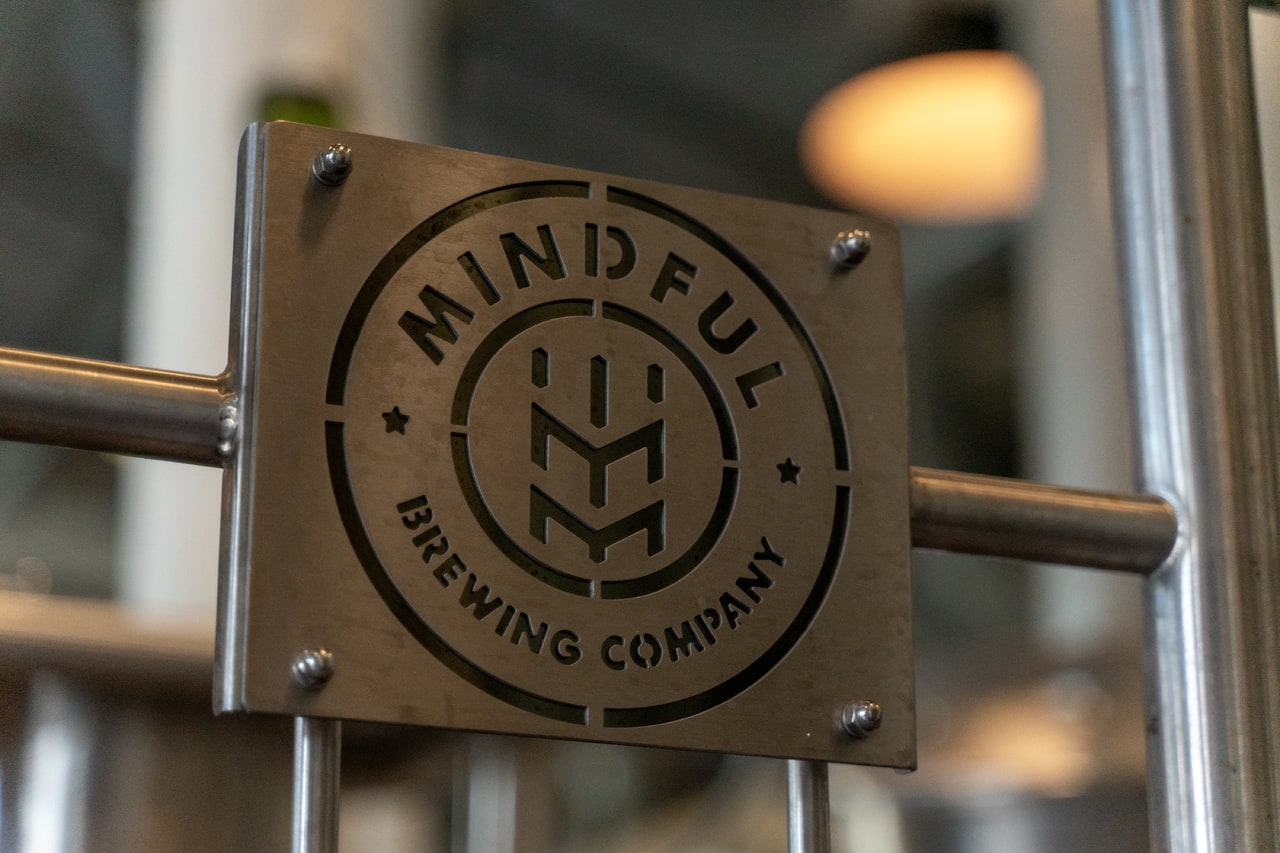 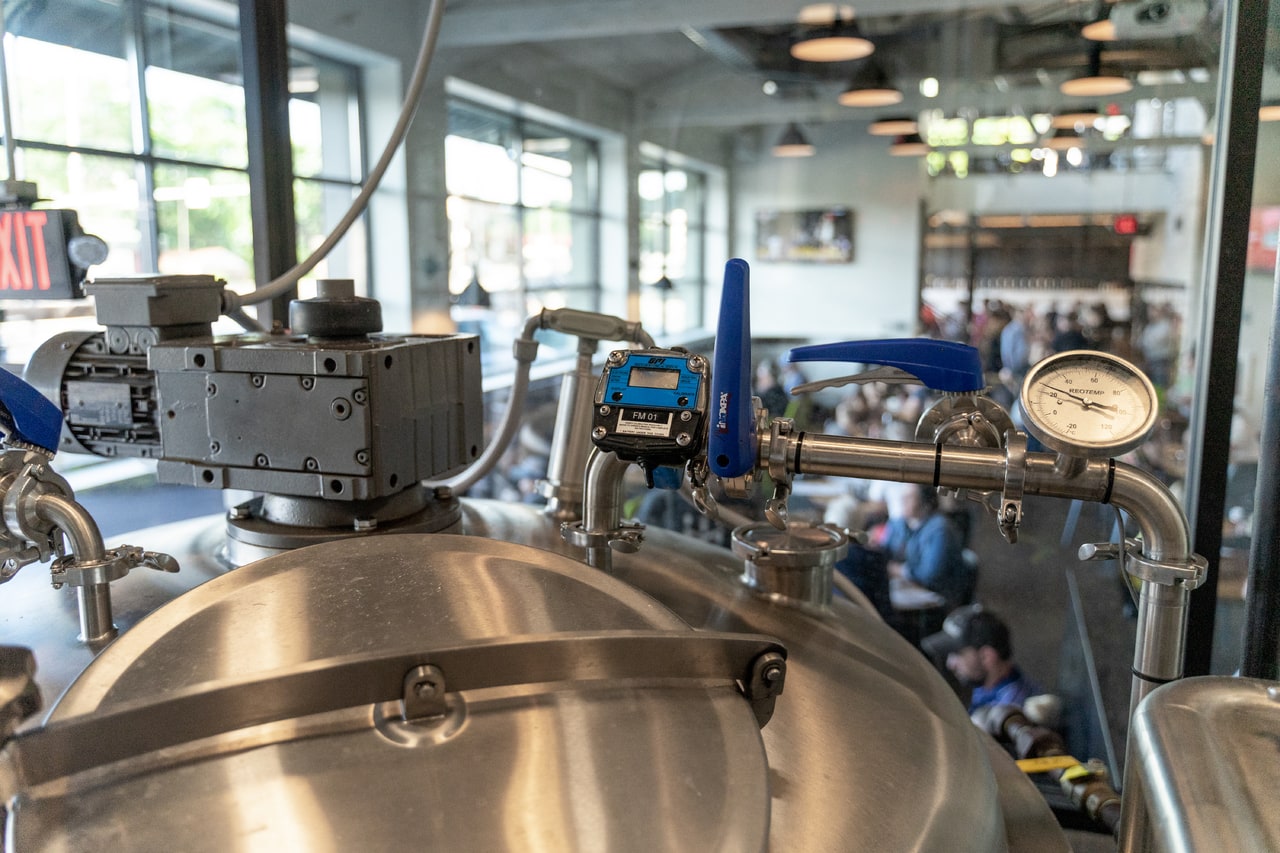 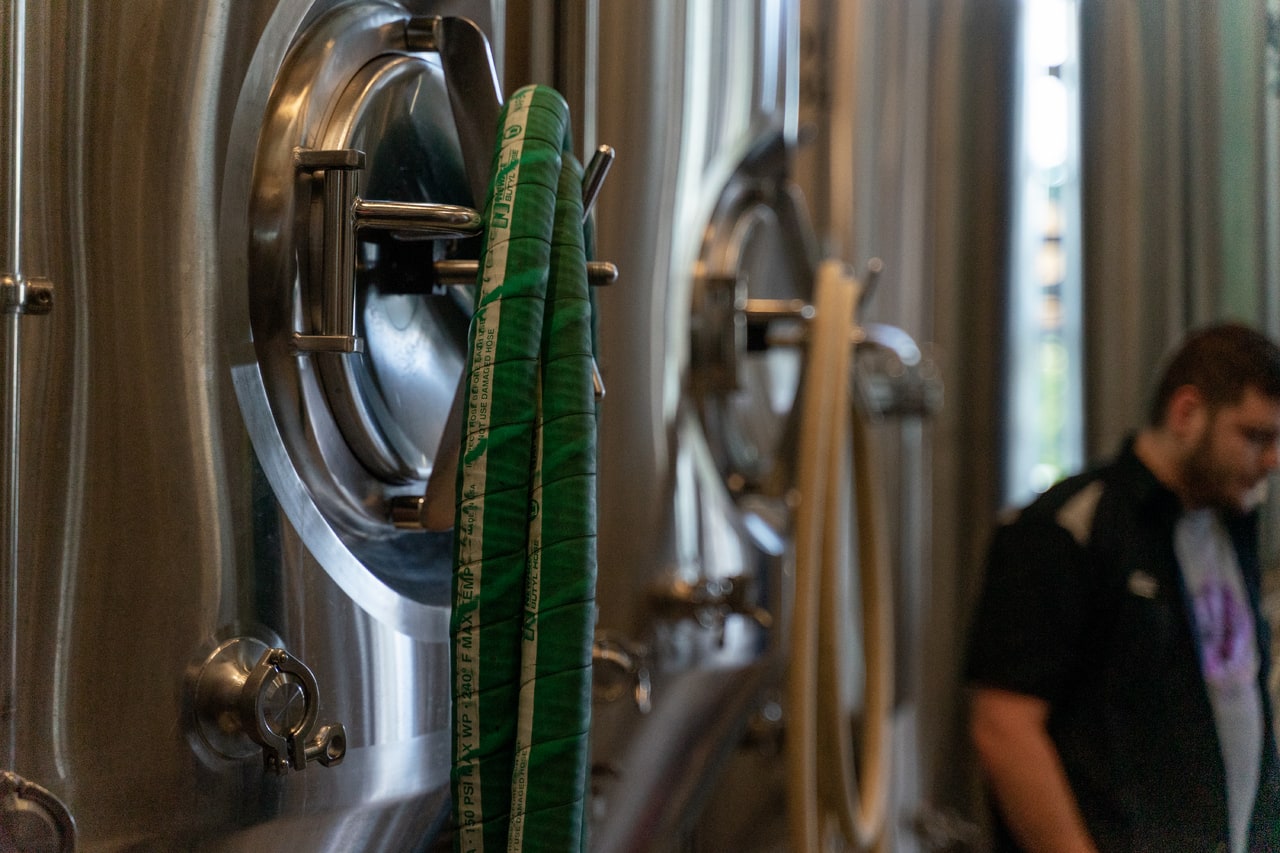 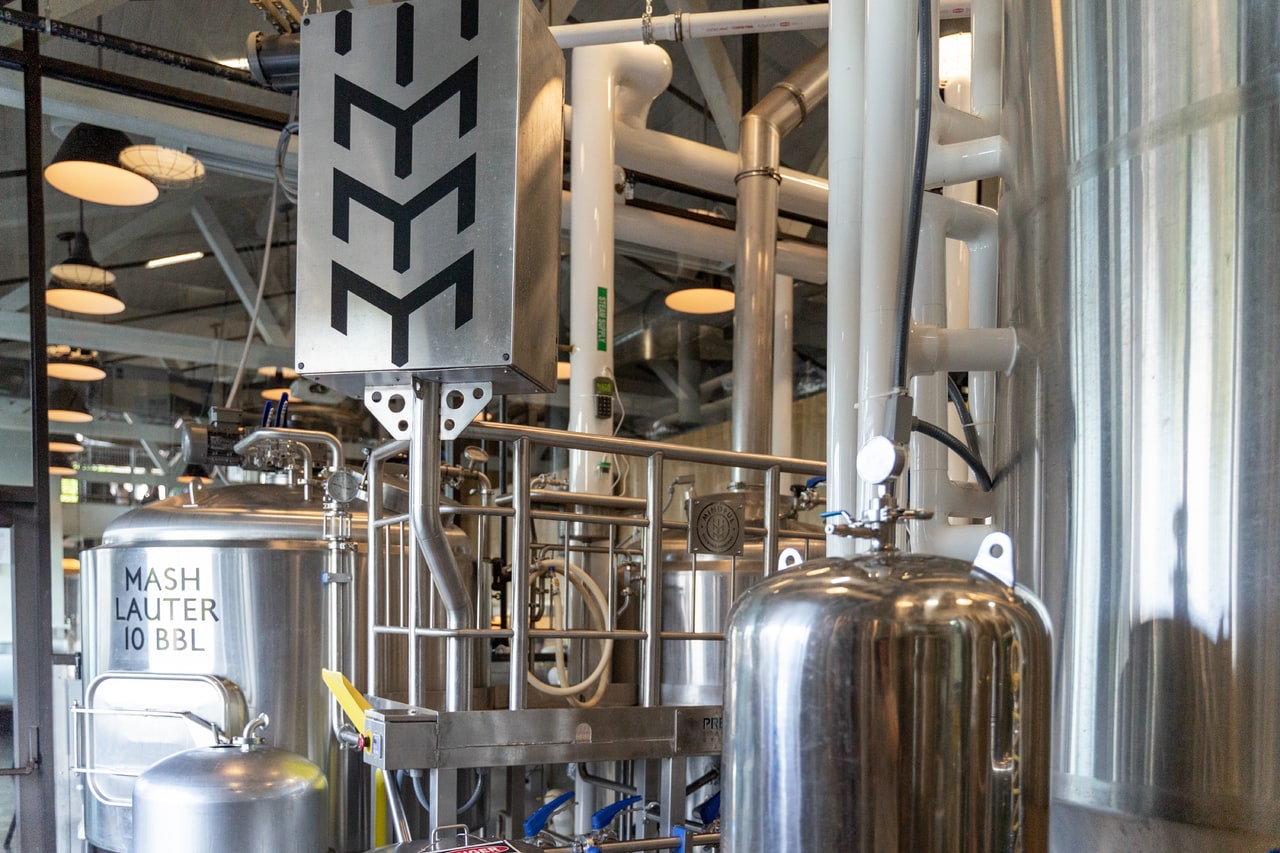 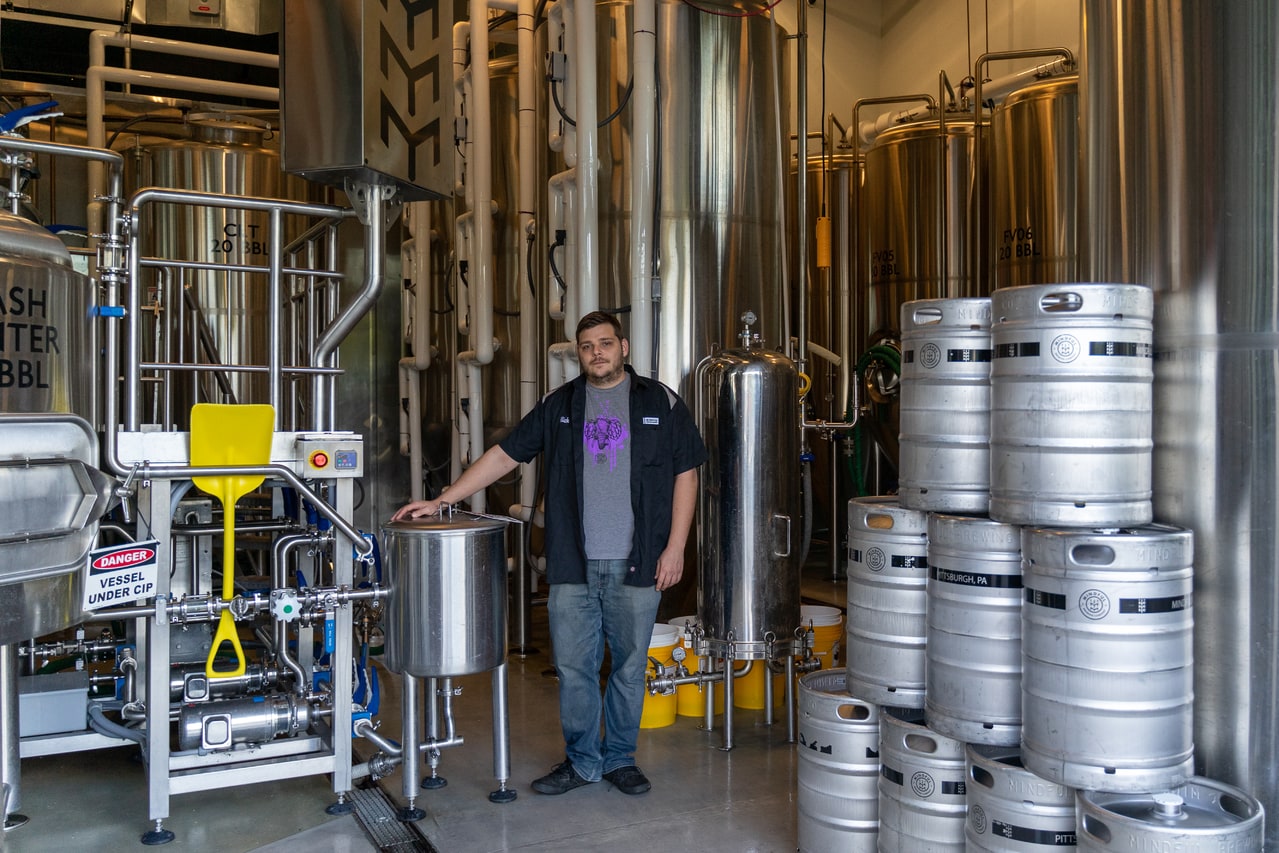 1 of 5
Inside the production space at Mindful Brewing. Photo: Pat Hogan

It’s Friday evening and Nick Jones is walking me through his 10-barrel brewing system at Mindful Brewing.

I peek through the huge windows. Literally EVERY seat in the taproom is full.

Youngs. Olds. Everyone in between.

“Yeah, it’s a versatile space. With our full kitchen, a lotta folks are here for dinner right now.” 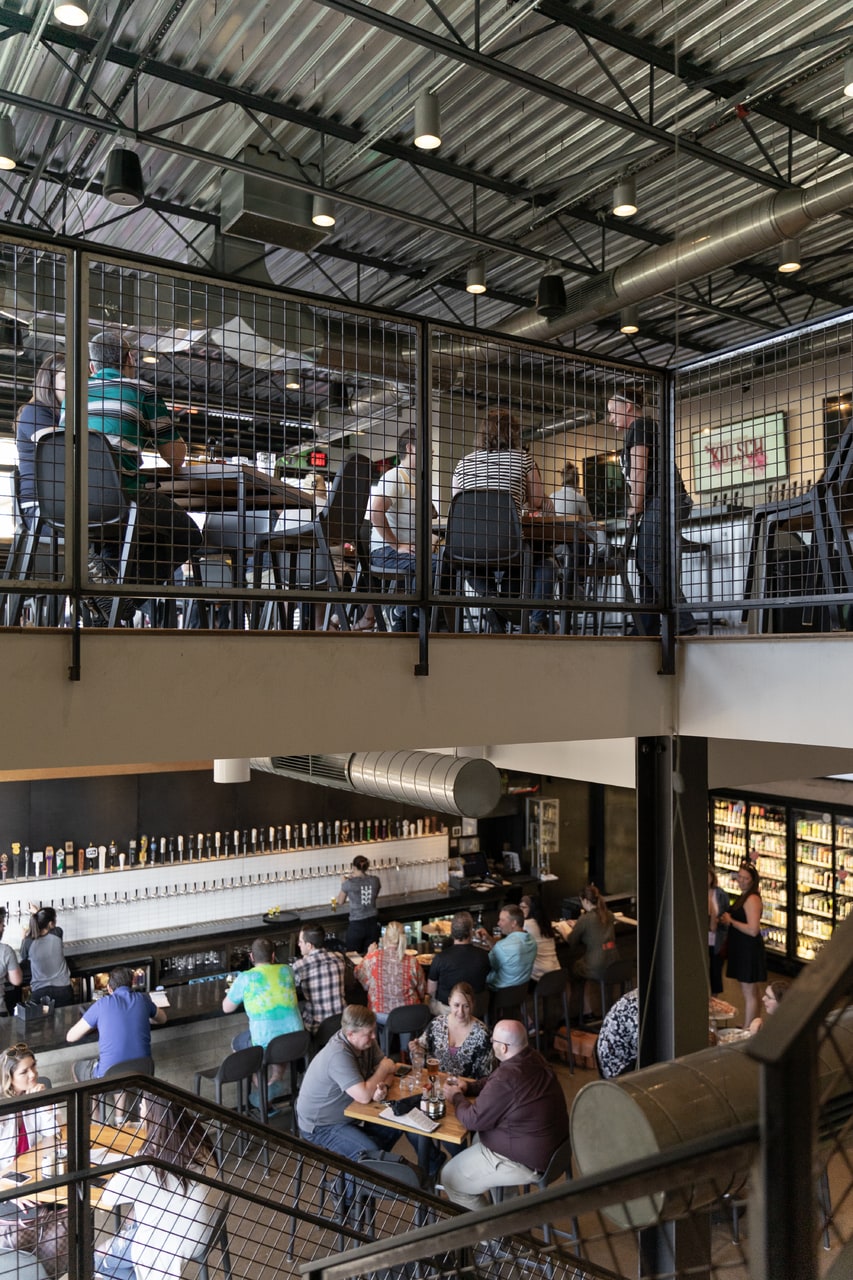 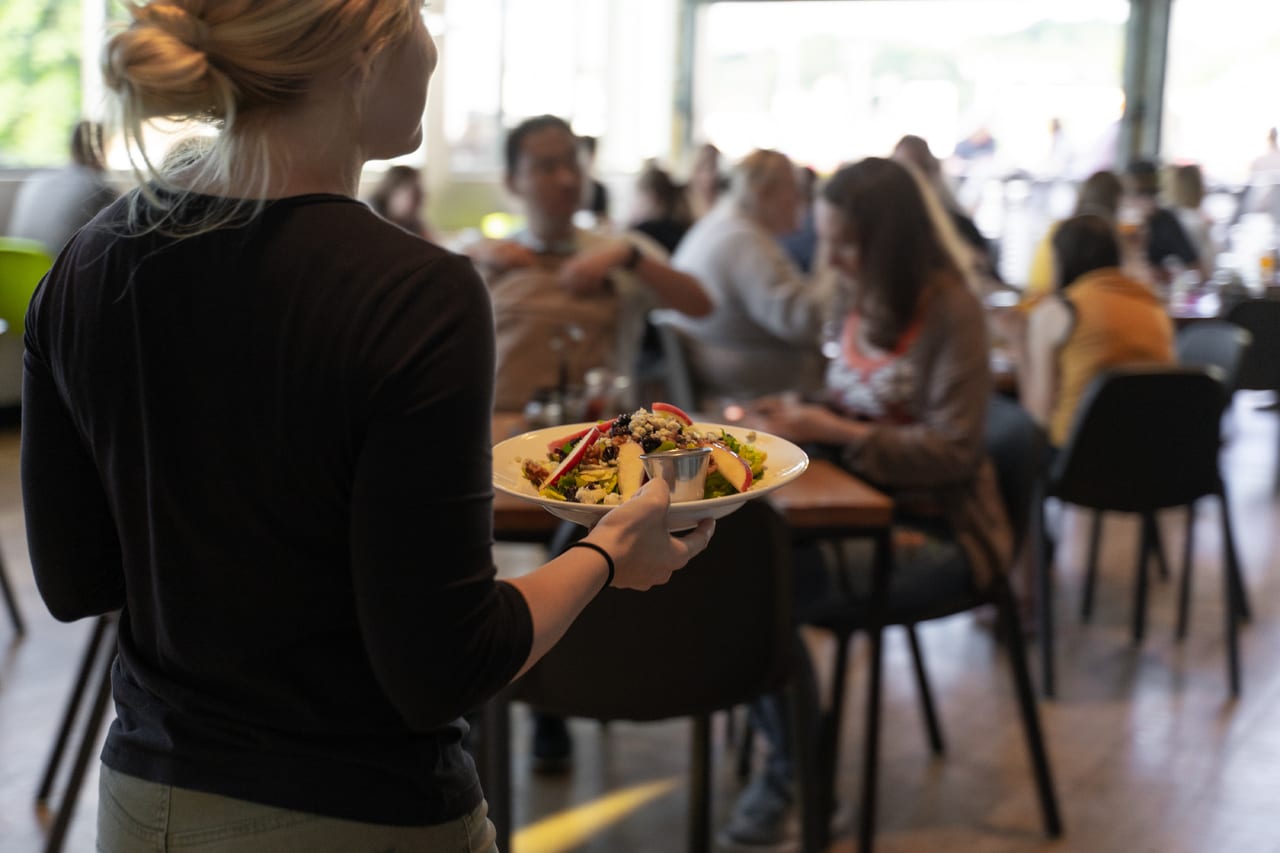 “Let’s head up to the patio for a beer.”

Jones motions upward toward the second-floor space. I follow him upstairs where the bartenders get us set up with a couple of beers. 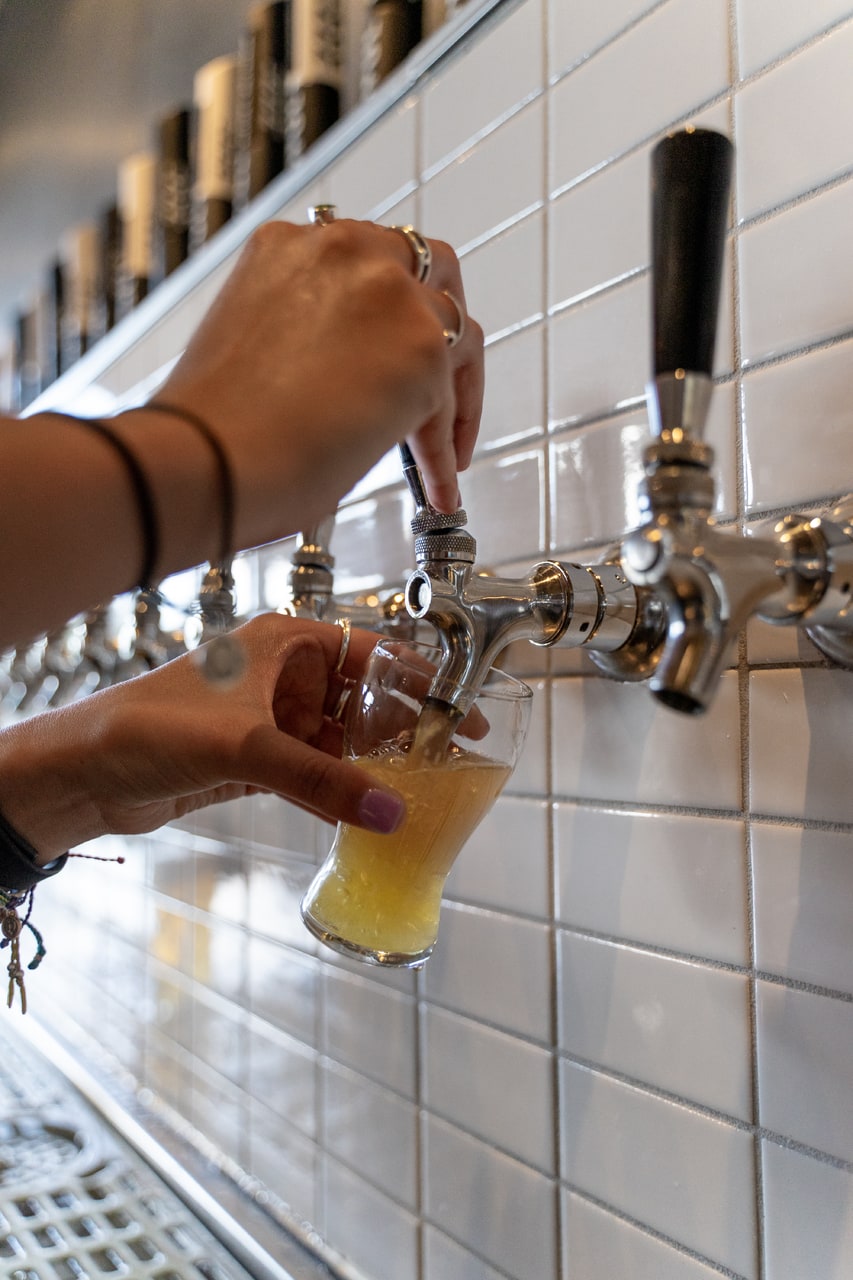 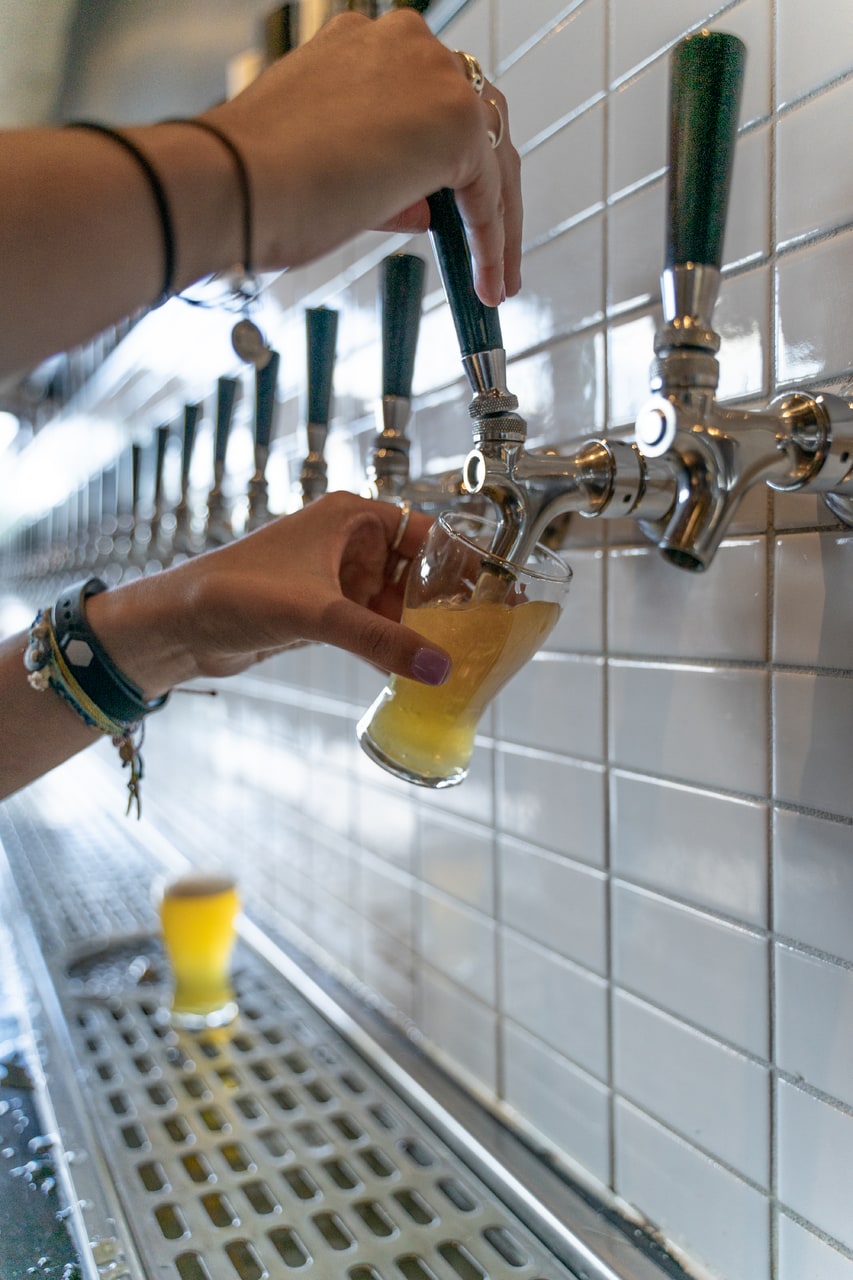 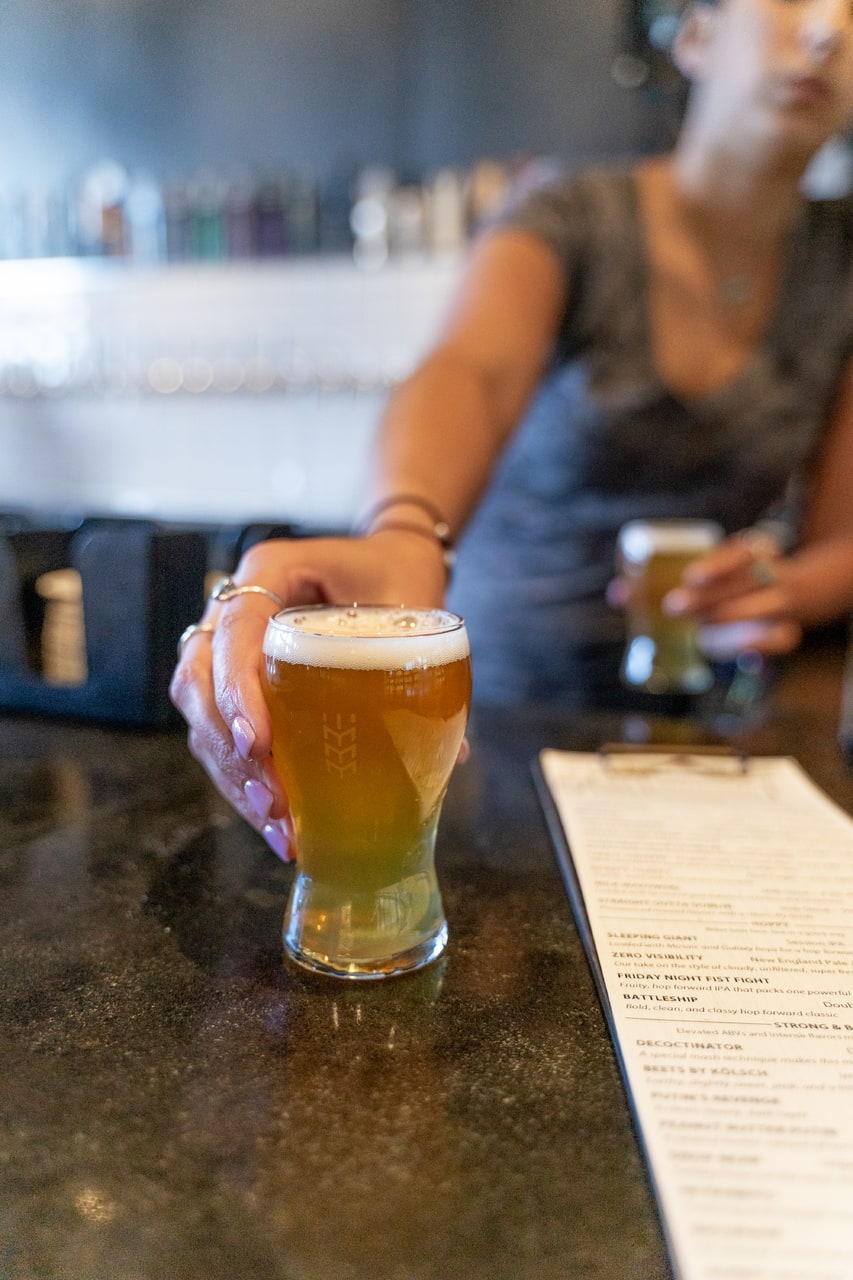 1 of 3
Pouring a sample size of the Straight Kolsch at Mindful Brewing. Photo: Pat Hogan

We arrive at Mindful’s outdoor section and again, every seat is full with the exception of a table in the rear corner. Amazing.

We’re overlooking Library Road in Castle Shannon; the sun is starting to set over the tree-lined streets. 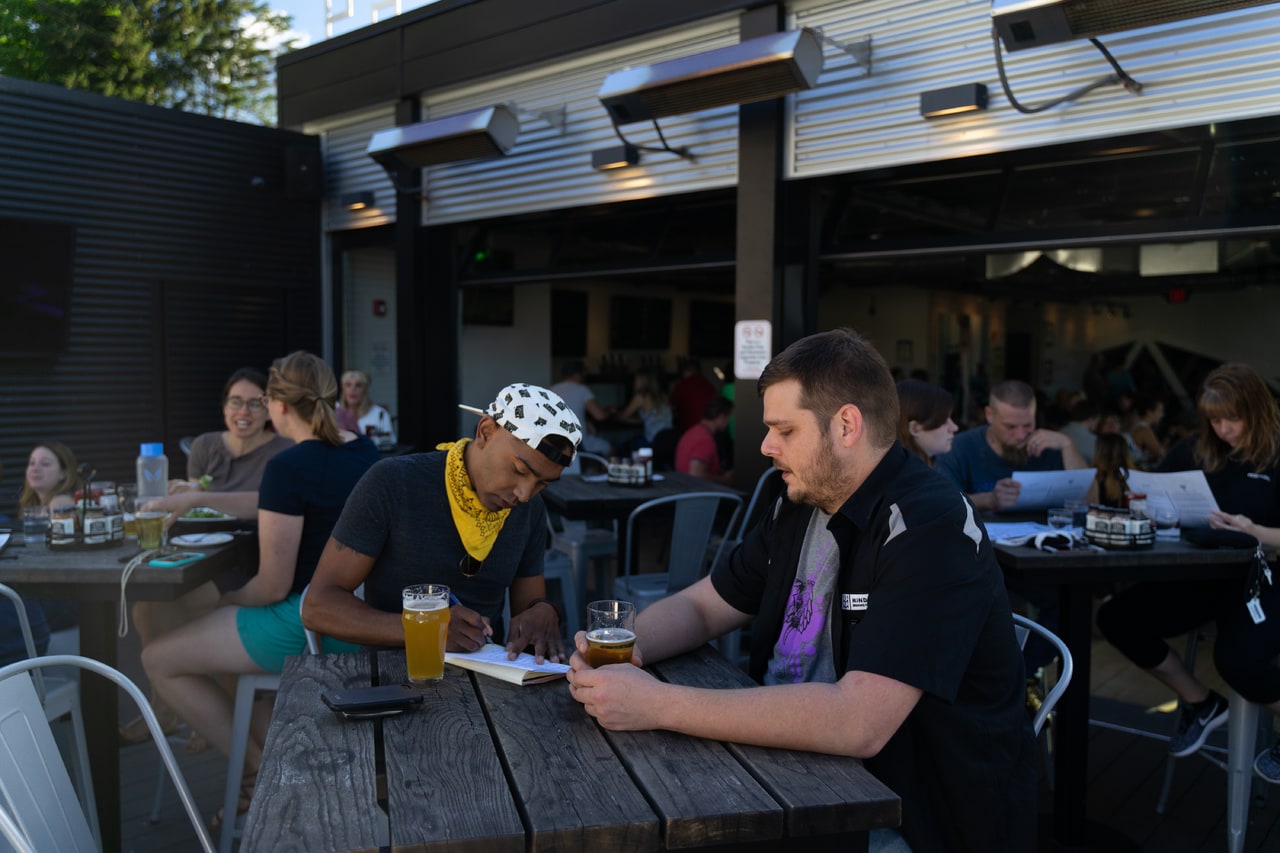 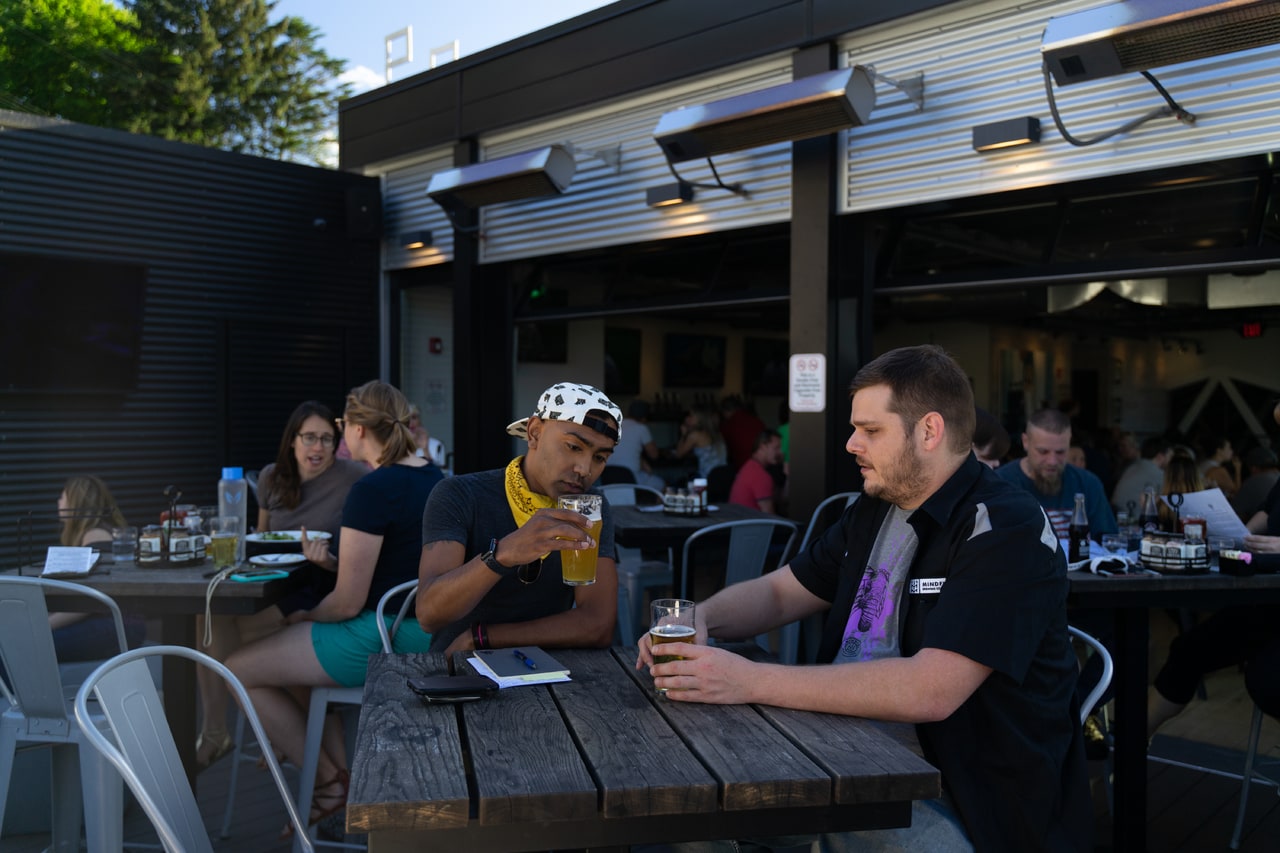 1 of 2
Hanging out with Nick Jones on the second-floor patio at Mindful Brewing. Photo: Pat Hogan

Jones, a 2008 microbiology graduate of the University of Pittsburgh, tells me his pathway to becoming a full-time brewer wasn’t exactly a linear trajectory.

“After finishing school, I actually found myself back in bartending. I met Dustin at 99 Bottles and we collectively decided that we’d love to open a brewery,” Jones explains. “From there, it was all research and perfecting our homebrew processes. It was probably five years between when I began homebrewing and we opened the brewery.”

Operating on a 10-barrel system, Jones points to a set of 20-barrel fermenters.

“To fill those (fermenters), we double batch,” he says. “Sometimes, we’ll brew an experimental beer and just push a 10-barrel batch into the fermenter.”

The canning process at Mindful gravitates toward seasonal beers. Jones and his team work with a mobile canning service that comes in on Mondays when the brewery is closed.

“It’s a LONG canning line so we set up right in the dining room,” Jones said. “The most current canning run was our Lime Agave Wheat; so you’ll find that in our refrigerators right now.” 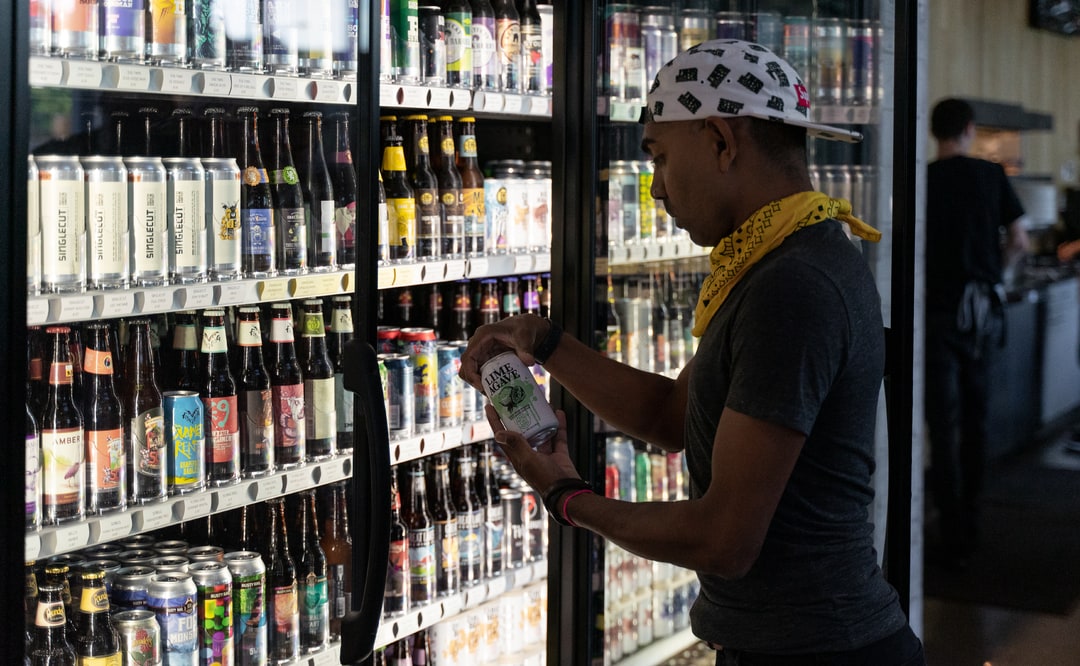 While it may seem at odds with how a conventional brewery operates, Mindful remains mindful of folks who don’t typically drink beer.

“We ALWAYS keep wine and cider on. In fact, the folks at Apis (meadery) helped me get into brewing. We have dedicated lines for brands like Arsenal (cider) and Aurochs (gluten-free) beer as well.” 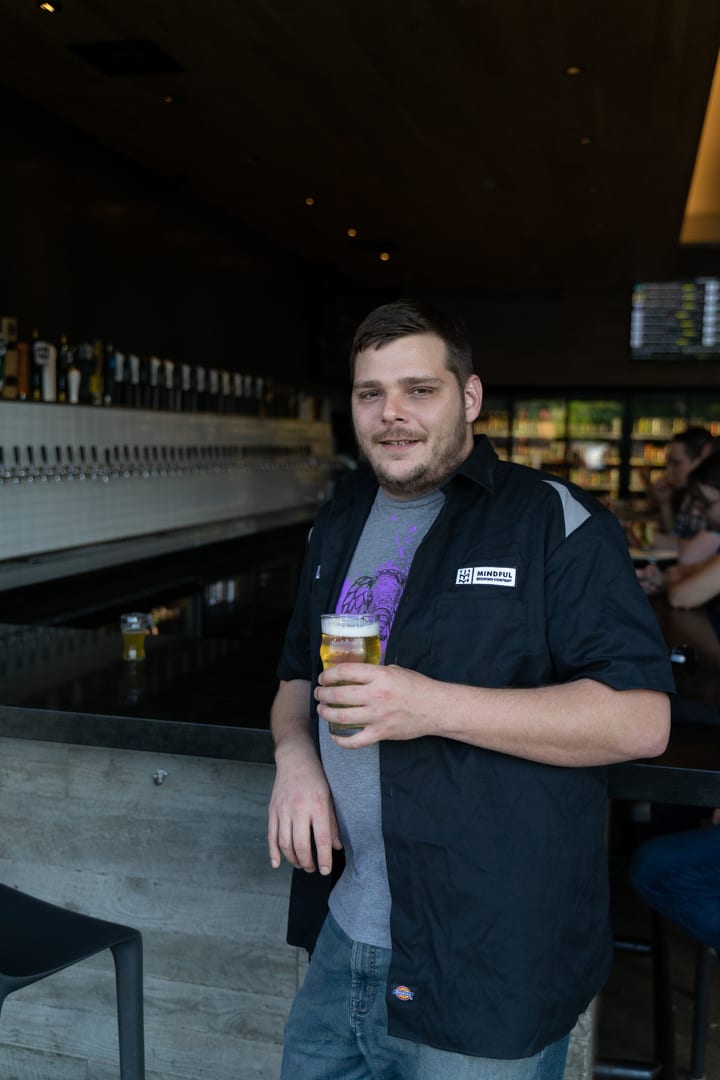 Why we recommend it:

Straight up. This is one refreshing, crisp beer. I’ll be honest, I could probably do a better job of diversifying the types of beer I write about here on the Internet. Hazy IPAs and sours are great but what sold me on this kolsch was hearing Jones passionately talk about how often this batch makes it through Mindful’s brewing system.

The taproom demand for Straight Kolsch is so high that Mindful keeps it on draft. All the time.

Described as a light German-style ale, the Straight Kolsch is golden and crisp; it gets hopped with American Jarrylo hops which adds a mild pear fruitiness. It has a pleasant mouthfeel that won’t dry you out and carries a clear, transparent color throughout the pour. 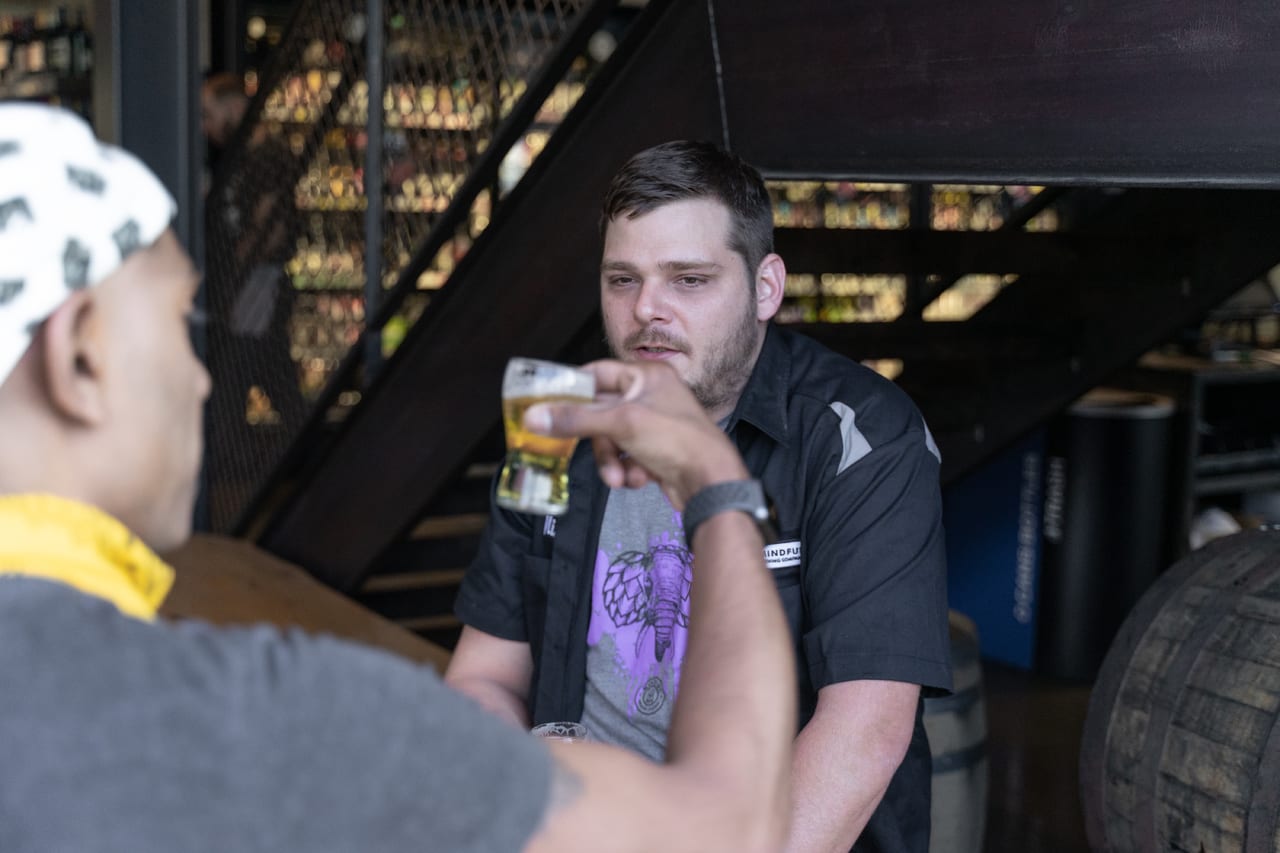 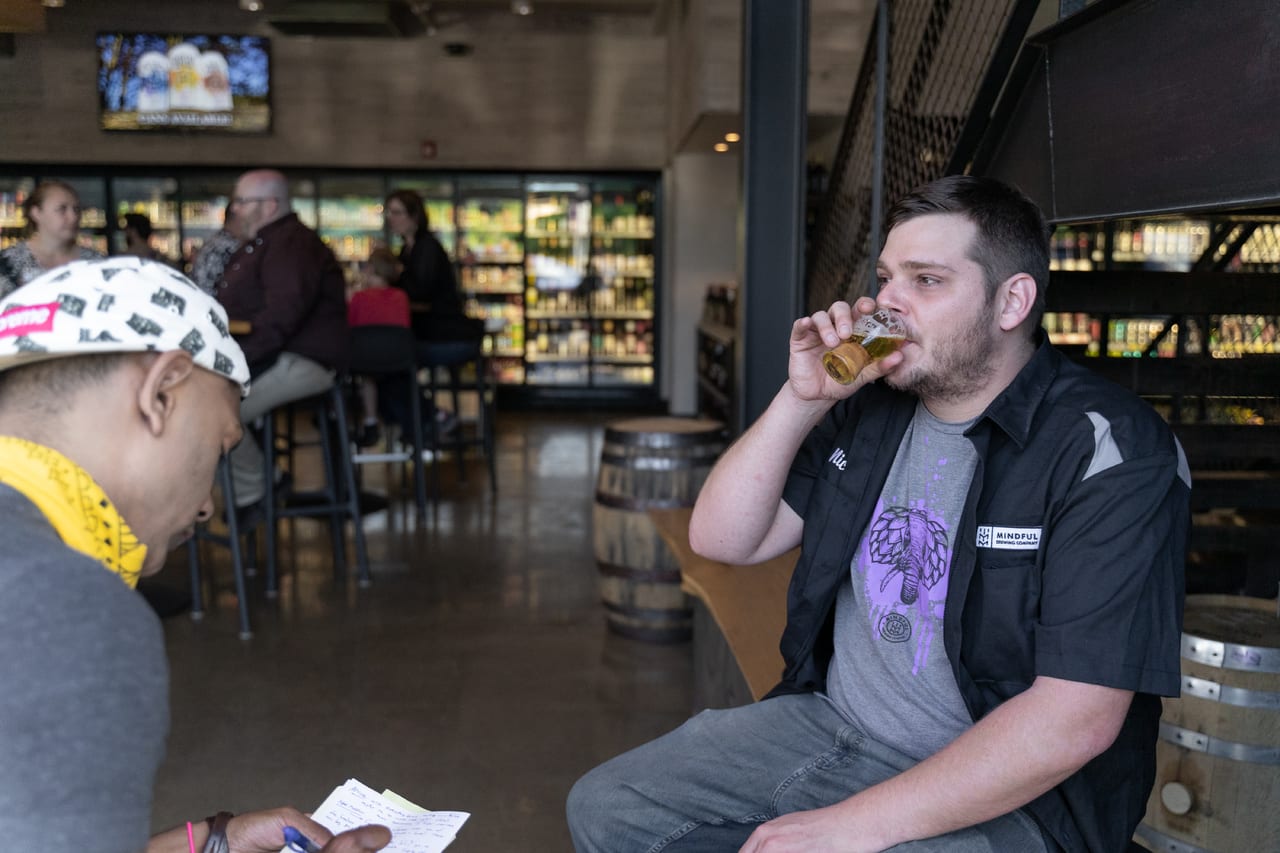 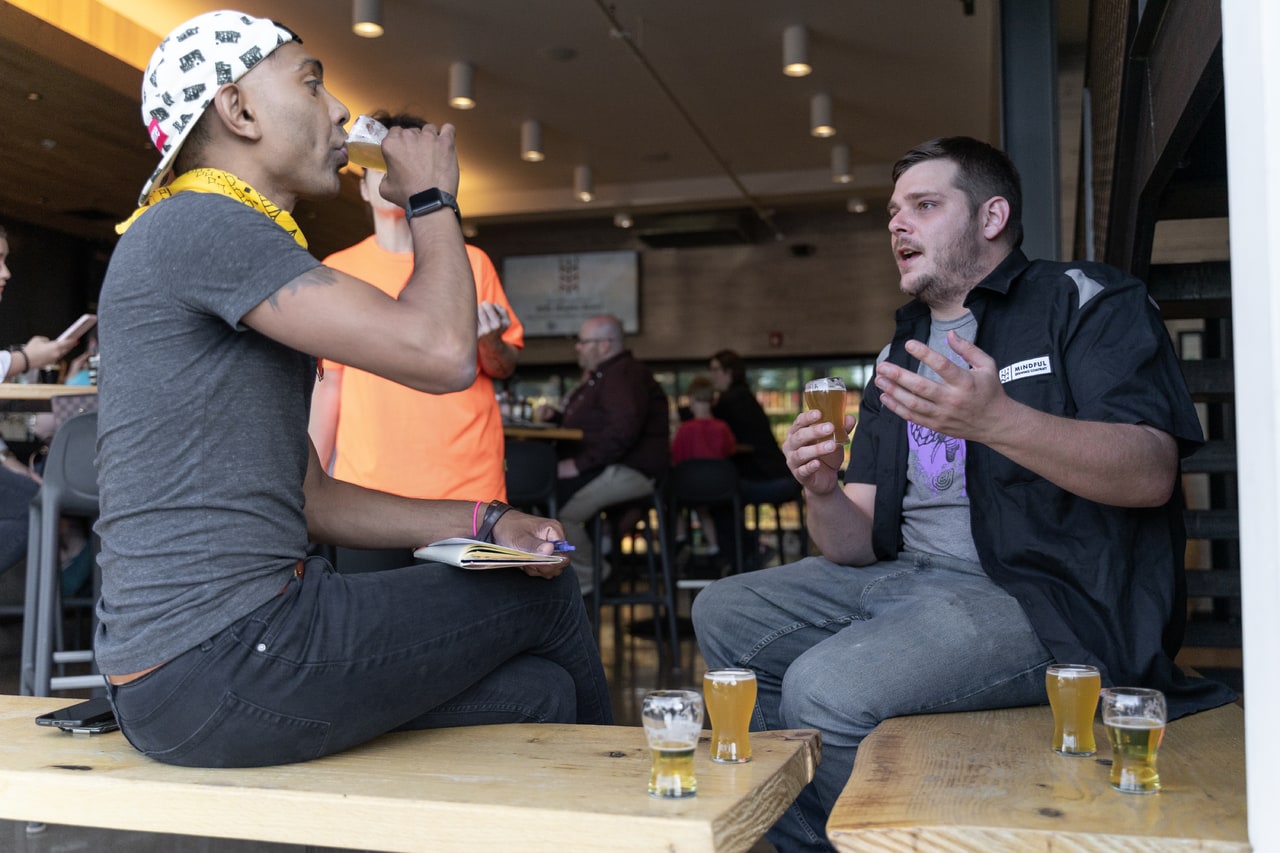 1 of 3
A closer look at the Straight Kolsch. Photo: Pat Hogan

When is it available: Straight Kolsch is a mainstay on the Mindful menu. You can find it on tap all year round.

Where is it available: Mindful Brewing (Castle Shannon)

An American wheat (6% ABV), this is Jones’ original homebrew recipe scaled up for commercial brewing. The lime notes are subtle and the booziness is moderate for a very sessionable, summertime treat. 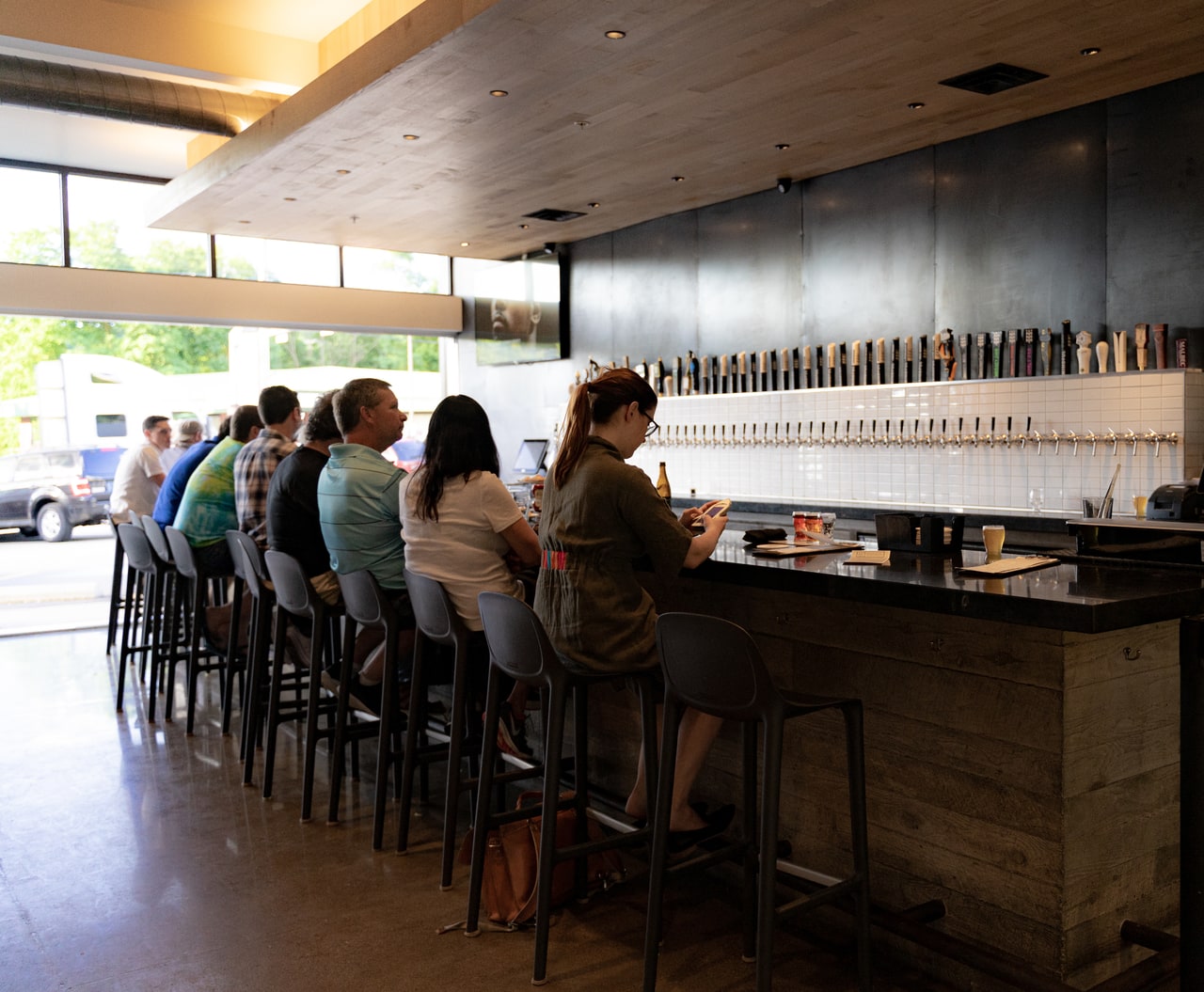 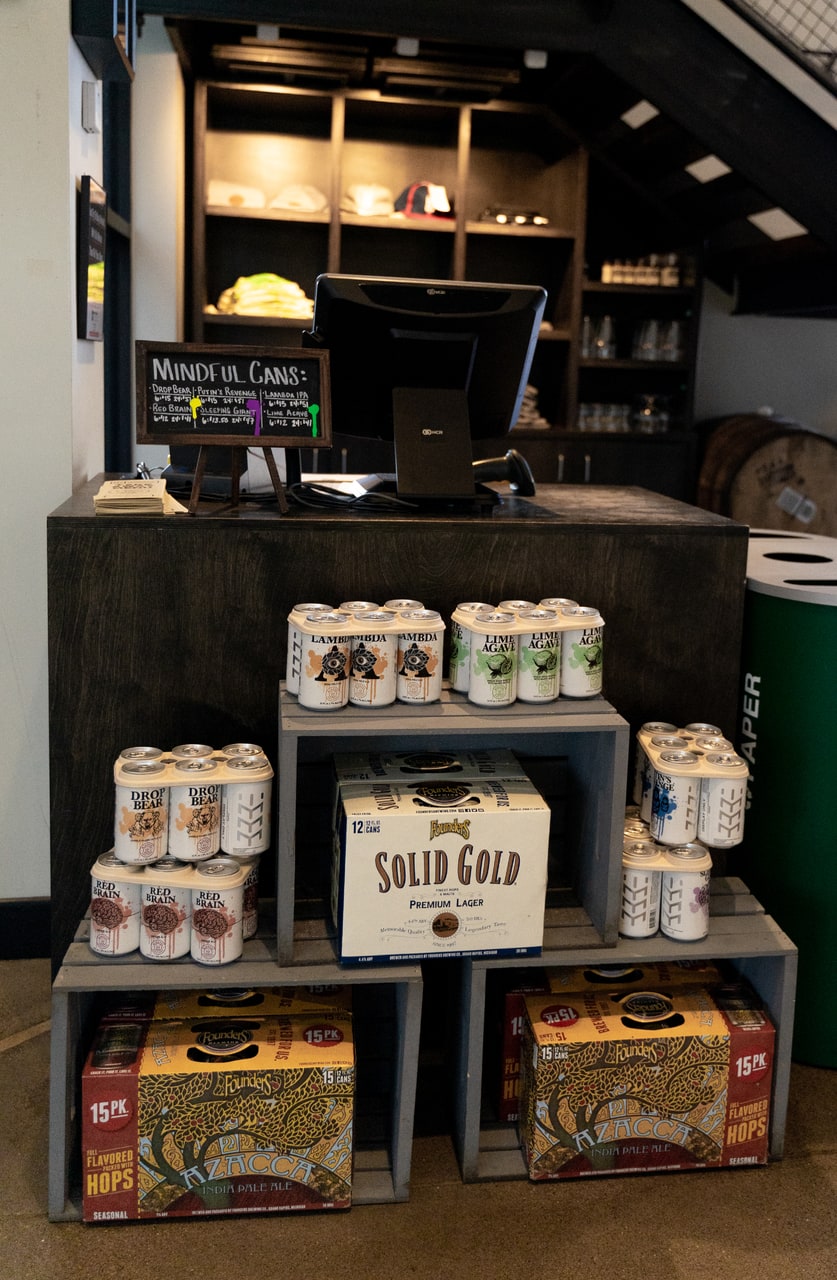 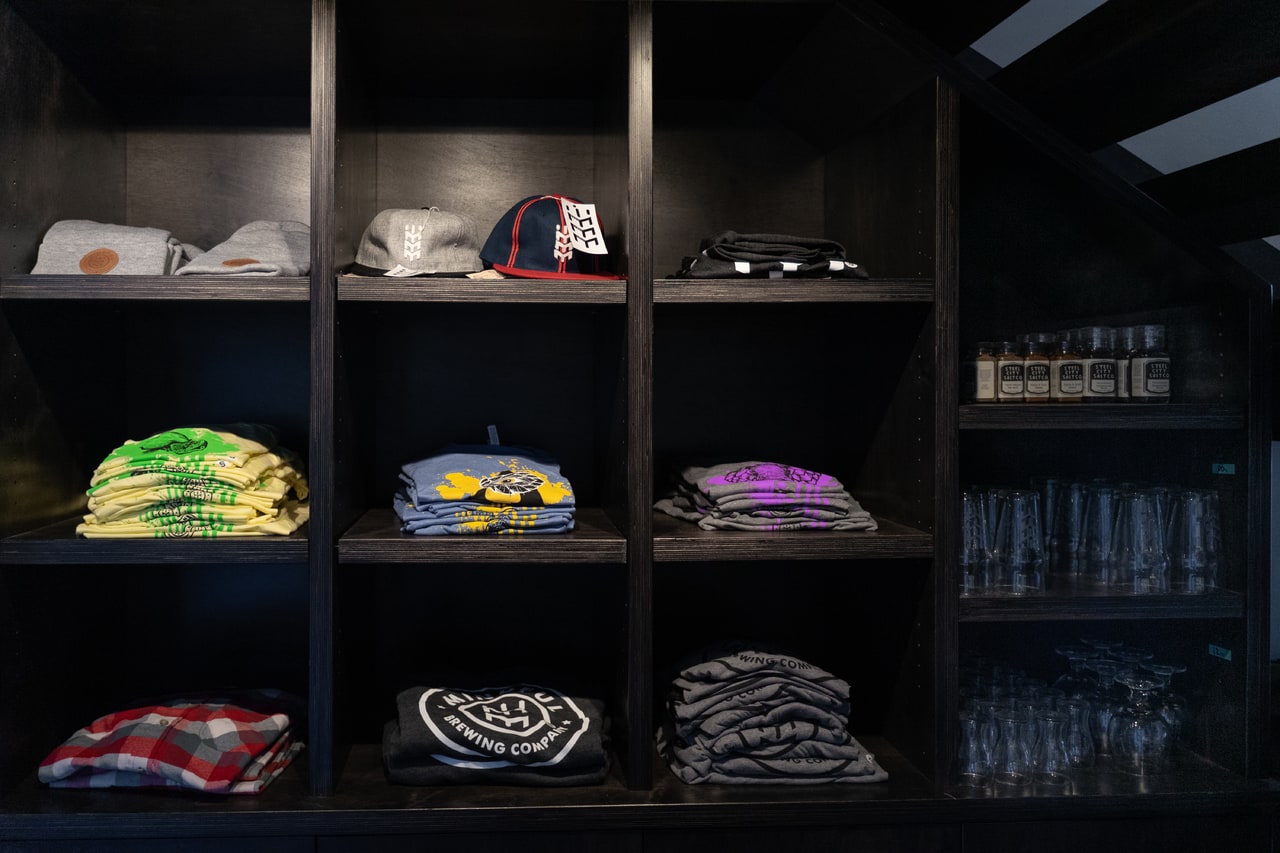 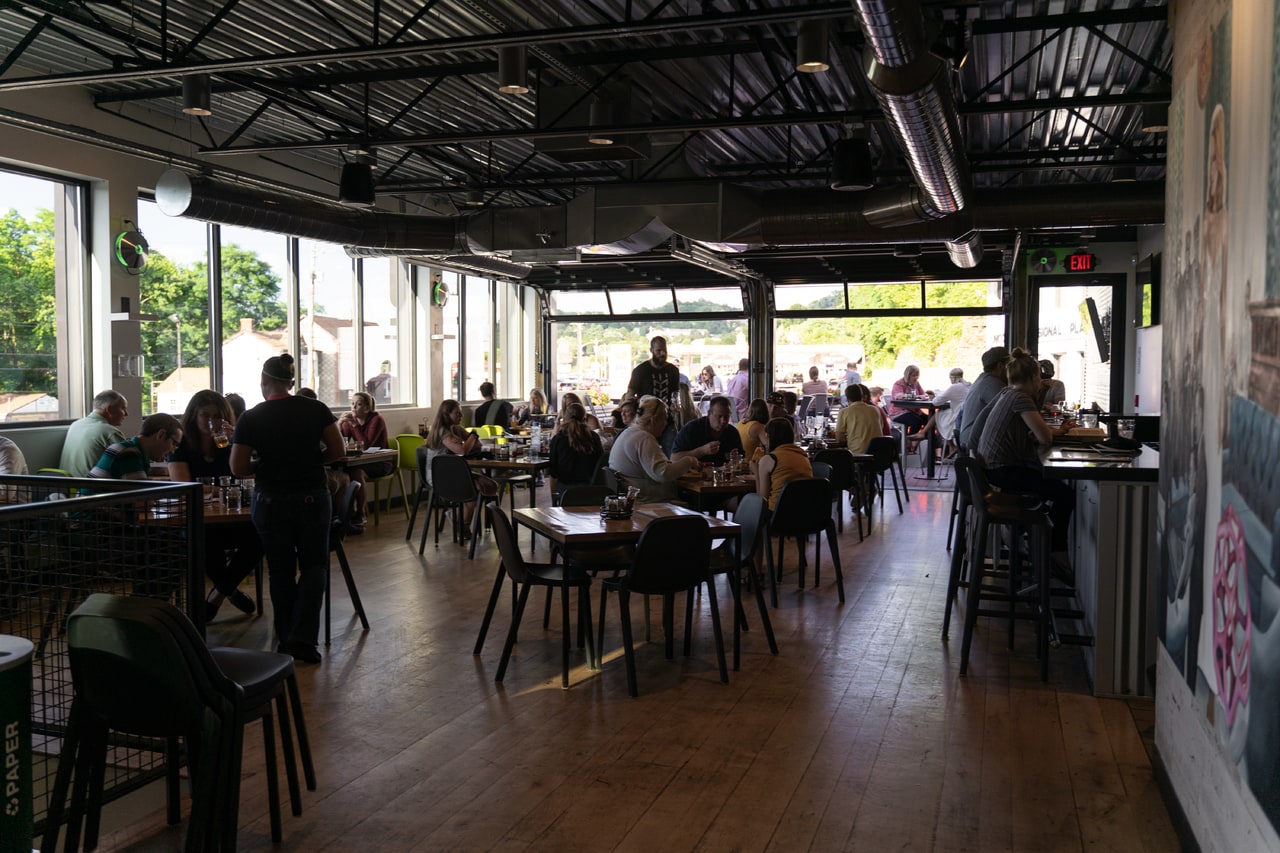 1 of 4
A look at the first floor bar area inside Mindful Brewing. Photo: Pat Hogan

Parking: There’s a huge parking lot and it’s free. Note that there’s quite a bit of traffic where Library Rd meets Castle Shannon Blvd; if you’re driving, it’s a good idea to be patient when making those final couple of turns into the brewery’s lot.

Food: As mentioned above, Mindful boasts a full service restaurant. Come for a beer; stay for a meal. You can browse the food menu here.

Interior: The space functions as basically three entities in one. Upon entry, there is a dining area with table sections adjacent to the beer production space. There are also long, refrigerator-lined walls with a massive selection of craft beers, along with an area for merchandise. Further back is the first floor bar area with a garage-style door that stays open on pleasant days.

Head upstairs and there is another bar along with the open air patio concept.

Getting to Mindful Brewing

Public Transit: You can take the T from downtown (and it’s a lovely ride). I actually caught the outbound blue line at Gateway Plaza and rode it to Willow Station. From there, it’s a very short walk down Castle Shannon Blvd. There ARE sidewalks the whole way and the only part where it gets tricky is crossing the busy intersection right in front of the brewery.