We sat down with Chef Jon Barr to talk about Hot Pastrami, Vegan Knish, Matzo Ball Soup and what it means to be Pittsburgh’s mobile Jewish Deli.

After most recently cooking at Acorn in Shadyside, Chef Jon Barr decided to take the leap and launch Haskel’s – his own (mobile) concept.

We sat down for a Q&A with Chef Barr to learn more about his food truck biz. 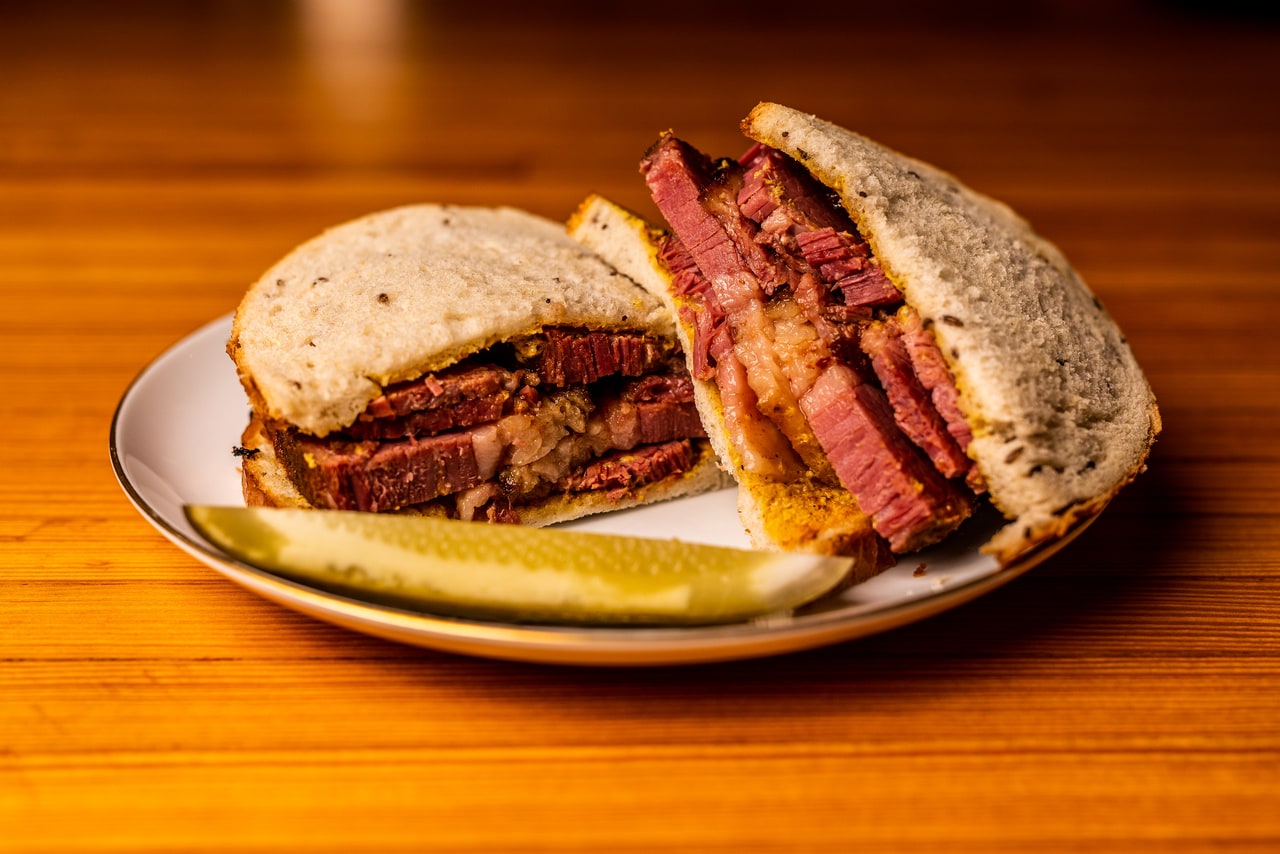 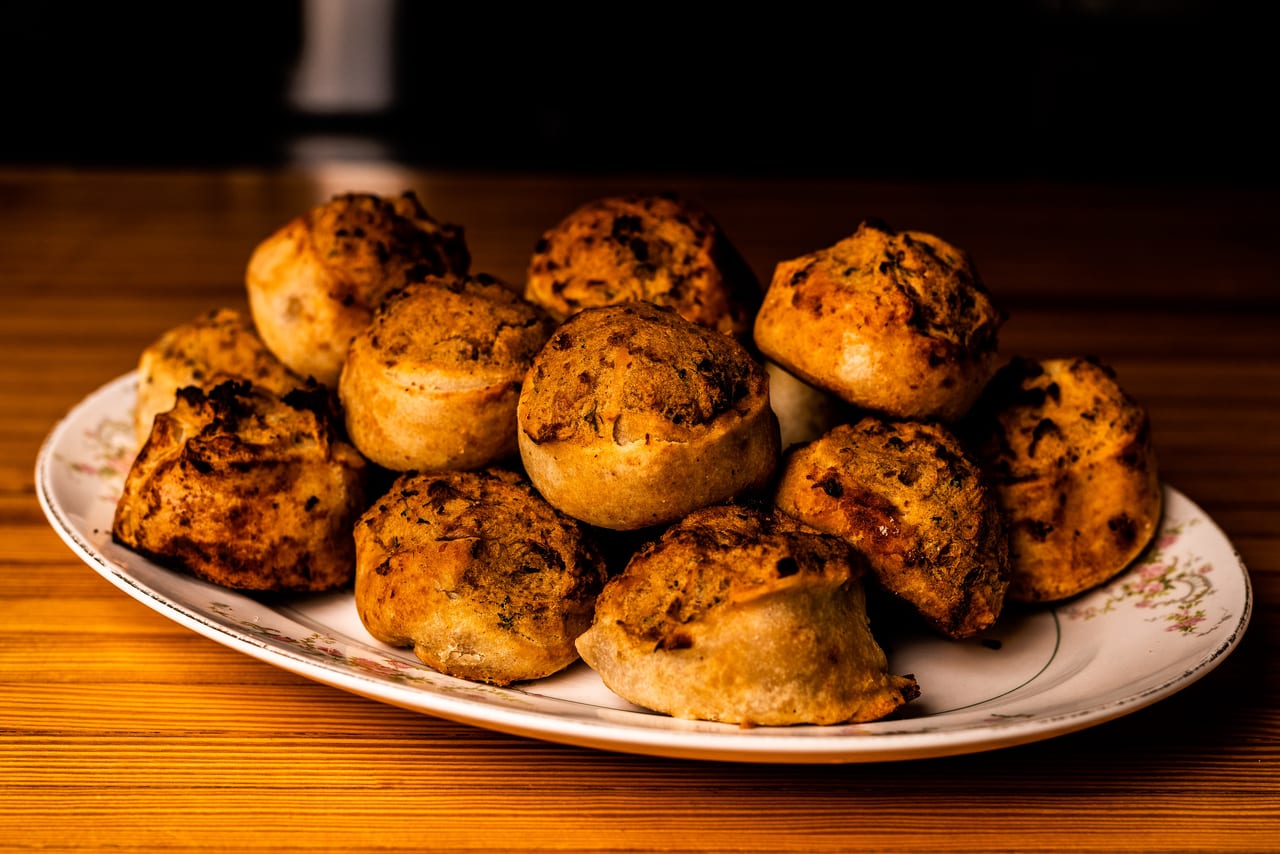 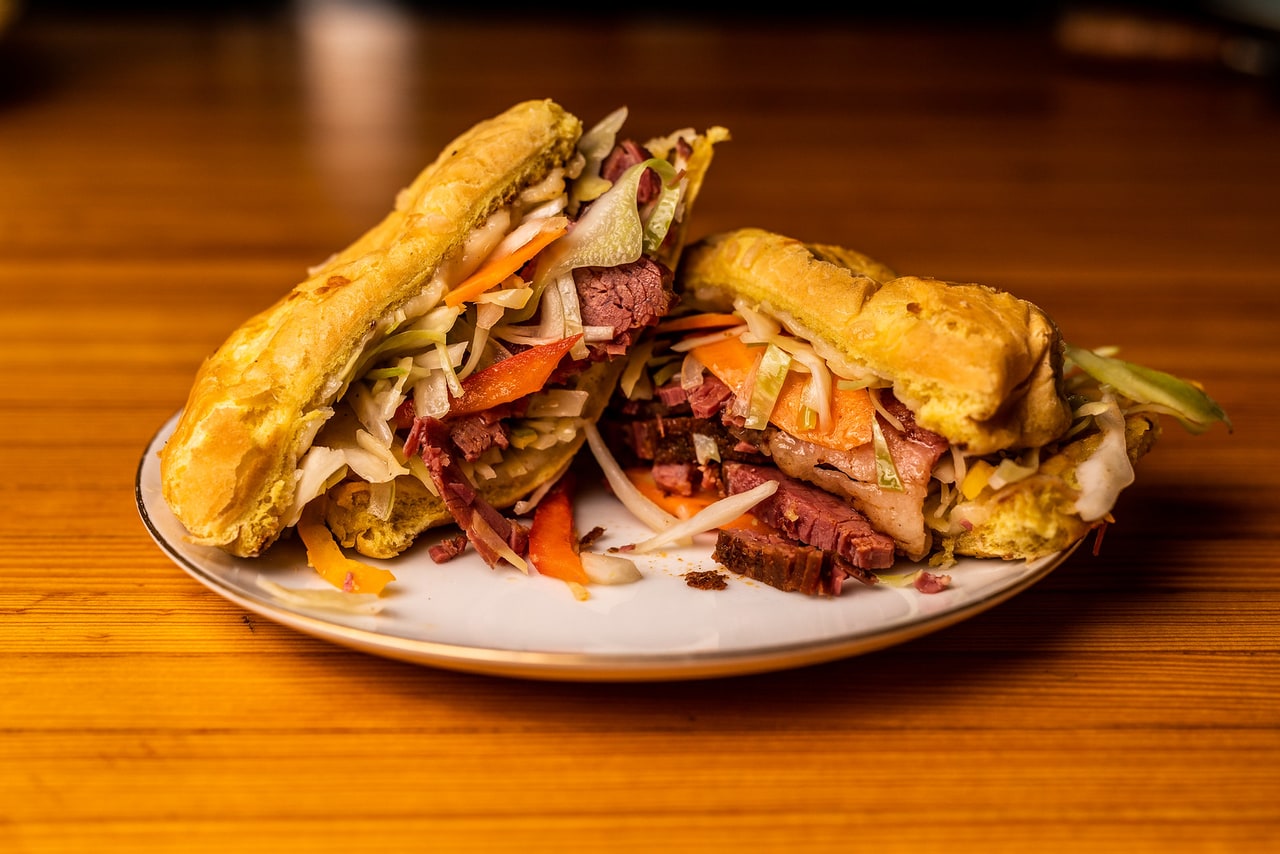 Very Local: Tell us a little about yourself.

Jon Barr: Hi! I’m Jon Barr, a local Pittsburgh cook. I’m from central Jersey originally, so aside from all-night diners with a bastardized poutine called Disco Fries and jug handles on local freeways, Jewish Delicatessen was part of our culture growing up.

I went to college to study economic history, but none of my jobs post degree had anything to do with that – although I once had a very terse email exchange about whether a hot tub installed on a roof legally existed, involving several layers of corporate management. Bored, I sort of appeared in a commercial kitchen one day to make salads and peel asparagus – and never left.

VL: Tell us about Haskel’s Deli? What inspired the food truck?

JB: Haskel was the name of my great Uncle and is my middle name. The whole name – Haskel’s Delicatessen – invokes the old-timey, Lower East Side (New York City) luxury of eating a pastrami sandwich and reading about the ball game while the waitstaff quietly savage your character in a Yiddish-English patois.

Pittsburgh needs Jewish deli – we don’t have nearly enough – and understanding the market demand for this food is as easy as asking any longtime Yinzer about Rhoda’s or any of our growing population of New York tri-state area transplants about pastrami. Becoming the kind of chef I wanted to be in the kinds of restaurants I love and desperately wanted to emulate in part – Animal in Los Angeles, Zahav in Philadelphia, Via Carota, Apteka – doesn’t seem possible for me right now.

Our industry is like a mangled limb that may never look quite the same even after it heals – as much as Haskel’s is an act of love and nostalgia, it’s also me trying to find my place during a nightmare scenario doing the only thing I really know how to do.

VL: What is on the menu (mainstay vs seasonal) at Haskel’s Deli?

The special knishes are where we can really mess around with seasonal vegetables or fun cheeses we run into, and the babka can have all kinds of things in it. I‘m going to test-drive a pecan pie babka.

VL: Where can folks find the food truck?

VL: OK, also. Forgive us for the silly question…what is a food klezmer band?

JB: Klezmer is basically Ashkenazi Jewish swing, you can hear it all over Benny Goodman or the incredible clarinet lines in “Rhapsody in Blue.” My logo is a traditional 3-piece klezmer band: clarinet, accordion, fiddle, except the musicians are a pickle, a pastrami sandwich, and a knish.

Jeff Lowry created all of Haskel’s Delicatessen’s art; without him this concept couldn’t have gone to such heights.

VL: Is this your first restaurant? Where else have you cooked?

JB: Most recently I was at Acorn (in Shadyside) for three years – the gig that prepared me more than anything to run a kitchen.

The chefs there let me play around with any ingredient I wanted – even if it meant digging around suburban pan-Asian supermarkets for $40 bags of dried scallops – as long as the end result was delicious and a little bit fanciful. I was relieved to see them make it through quarantine, but I’m ready to hang my own shingle.