We sat down at Bier’s Pub in the Northside to chat with Damon Young. His 2019 release – What Doesn’t Kill You Makes You Blacker – is available now.

Damon Young’s had a busy year. The Pittsburgh native’s acclaimed book of essays, What Doesn’t Kill You Makes You Blacker, was released in March and since then he’s barely been able to make it to his weekly basketball pick-up game. That’s because he’s been touring the country for author events, lectures and panel discussions. Even on the day we met up at Bier’s Pub on the North Side, Damon had just come from speaking on a panel discussion and was about to meet up with a journalist from The Atlantic.

Q: So why did you want to get a sandwich at Bier’s Pub?

Damon Young: I live in the (Mexican) War Streets so it’s close. My wife and I had been here for brunch a few times, years ago and I remember getting the BLT and it was a really good BLT. They give you a lot of bacon. They put an egg on it and fresh vegetables. This is a sandwich I might get after my Thursday night basketball game. So I chose this place because it’s probably the sandwich I’ve eaten the most in the last two years. Though I’m really a burger guy. I really like the burgers at the Ace Hotel. They do meat really well there. The Kaya burger is really good too. That probably would have been my second choice. I’m a person who cuts the sandwich in half. I don’t know when I started doing this. I started doing it because I started making burgers a lot and I would cut them half to see how they look and see the smoke lines and all that stuff. And then it transferred to every sandwich.

Q: Near the beginning of What Doesn’t Kill You Makes You Blacker, you have this list of reasons explaining why you wrote the book. One of those reasons is because you were terrified to write it. You were afraid of what you might learn about yourself but also what people might think. So now that the book has come out, were any of those fears realized?

DY: Oh, definitely. A thing happened and I don’t know exactly when I realized it was happening but writing a book that is so inside out has been absolving in a way. So much of my guts and blood and bristle and whatever – I don’t want to get graphic – are in this book. I had anxiety about writing the book and then getting in front of people to talk about the book but I’ve felt much more comfortable doing it than I anticipated. The book has been a godsend in that way because all those anxieties and insecurities are in there. So there’s not much of a need to feel anxiety about talking about it because it’s already out there in the world. It’s almost like having a fear of sky diving and then going sky diving because once you do it, you’re like “holy s**t.” You’re still scared but you also realize that you can move through that fear. I can repurpose it so it becomes like a weapon if I want it to be. Or a throw pillow if I want it to be. That’s been my experience.

Q: Do you think about the essay you want to write before you start or do you just sit down and start writing?

Q: I live in Shadyside and it was so strange to read your essay about how you discovered Walnut Street so late in life even though you grew up a mile or two away.

DY: Yeah, it was like a whole other galaxy existing and having no idea. You talk about race in America and racism and Pittsburgh’s place in all that. Me not realizing that Walnut Street existed is a very real example of this place that physically is a mile and a half from where I grew up but the distance between Mellon Street and Walnut Street couldn’t be further and why does that distance exist? What’s the economy of factors that contributed to that distance existing? Because that distance is intentional. There’s a reason why the kid growing up in East Liberty doesn’t know about Walnut Street. It’s because the people on Walnut Street don’t want the kid in East Liberty to know that it exists. There aren’t any barriers. There are no signs saying “whites only” or “upper middle class only” but the barriers are spiritual. And there are people who are much more knowledgeable about this than I am but the neighborhoods in Pittsburgh are very segregated. They have been for decades. I don’t see it changing anytime soon. Because what’s the incentive to change? People don’t do things unless they’re incentivized somehow. So what’s the incentivize for the white Pittsburgh to change when the city is most livable and it’s the new Brooklyn or Austin or Seattle?

Q: So living here as an adult, when you understand the city better, does Pittsburgh feel like a bigger city?

DY: I would say the opposite. It feels smaller now. It might have felt bigger then because, although I didn’t know what else was out there, I knew that there was a ‘something else’ and that ‘something else’ felt massive. The South Side felt so far away. Wexford was so far. All these neighborhoods felt so far away. And now as an adult, that’s a ten minute drive. It’s not far. The city is small. For a major metropolitan area, this is tiny.

Q: What were your favorite things to do in Pittsburgh as a kid?

DY: Play basketball. I spent a lot of time at Mellon Park, Schenley Park, the courts behind Peabody High School. Just staying on the court all day long and feeling the heat and the sweat and not wanting to go home. I loved hanging out on the busway, which doesn’t exist in the same way. I used to spend a lot of time at the Kingsley Center, which is across the street from where Target is now. I used to play on their basketball team. Me and my friends would hang out in front of the Kingsley, talking and watching people travel the busway and get on and off buses. That was something I enjoyed doing. Going to Monroeville Mall. Going to Kennywood.

Q: What are your favorite things to do today?

DY: I still play basketball. Because of the nature of what I do, I find a lot of places to work so I do enjoy being in a place and working and sitting and being immersed. I live right up the street from Commonplace Coffee. I also go to Arnold’s Tea on East Ohio Street. I go to the Ace Hotel a lot to work.

Q: You like working there more than a co-working space?

DY: Yeah, I’ve thought about that but I like activity while I’m writing. It almost becomes this ambient white noise. My wife and I are both big breakfast food people so we’re always searching for different brunch spots.

DY: Best in the city is the Grand Concourse in Station Square. That’s easily the best in the city. We actually got married there and had a brunch wedding. Savoy in the Strip District – when they decide to do brunch – they have a good brunch. I like Brugge on North’s brunch. Square Cafe is a great breakfast spot.

Over the past decade, what positive and negative changes have you seen in Pittsburgh? Or maybe it’s messier than that?

DY: Definitely messier. The positive change is that the city has successfully transitioned from being this anachronism, this steel town that was depressed. It went from that to being a hub for healthcare and tech and education and all that. So that’s definitely been a positive thing. But the negative thing is that change, I think, has exacerbated racial disparities that already existed. So you have these changes but it’s not the black people here who are benefitting from that. It’s white people from here and white people who are not from here that are benefiting. I wish that the black history, black culture, black communities, black neighborhoods didn’t have to get flattened out in order for redevelopment and transition to happen.

Q: Do you think you’ll ever leave Pittsburgh?

DY: Maybe. We just bought a house so that’s not going to happen soon. But maybe. You know, I do these talks and panels nationally and when people ask, “what would you say to a person who’s just starting and wants to write for a living?” Move to Pittsburgh. Or marry someone who is rich. Or do both if you can. If I had lived in another city when I was starting out, I would have had to get another job. But here I was able to eke by with the little bit of money I was making.

Q: Now that you’ve written a successful book, what’s next? Is there something else that you’d like to achieve next?

DY: I need to get better. The next book needs to be a better book. I don’t know what that’s going to be about but I just want to keep evolving and perfecting this thing that I’m doing. And whatever comes with that evolution.

Q: And when will you let your kids read the book?

Header Photo: Damon Young is a self-described “person who cuts the sandwich in half.”

Photos and Story by Boaz Frankel 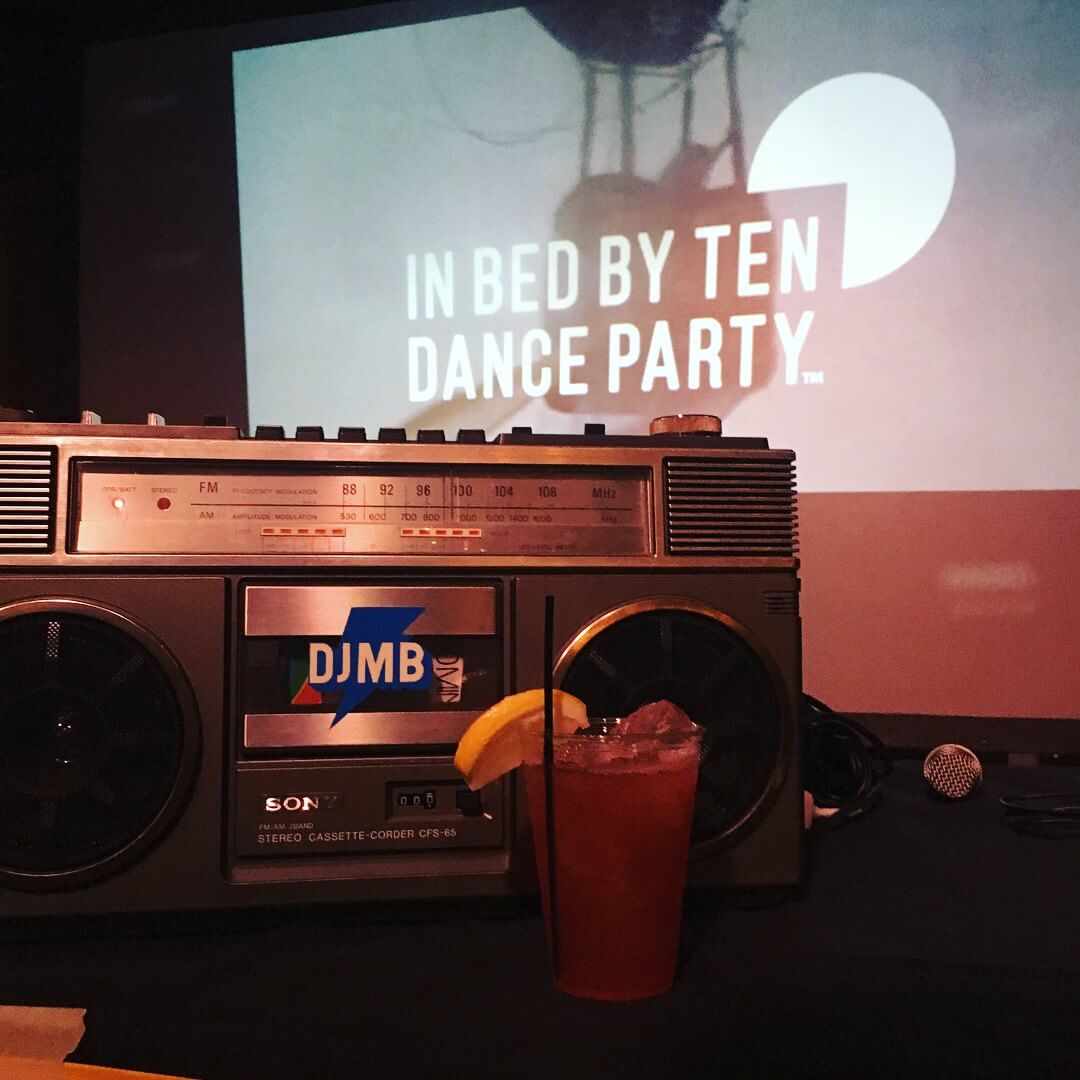